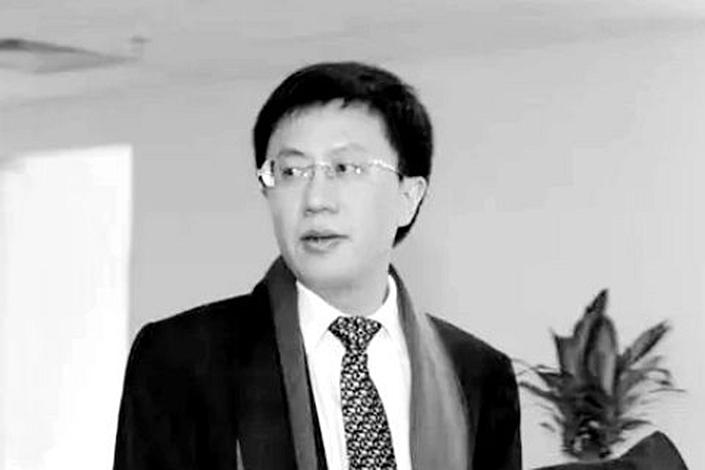 The 48-year-old businessman suffered multiple organ failure linked to acute pancreatitis and alcohol dependence and died at the Chelsea and Westminster Hospital on Sept. 18, according to a statement posted on UCF Holdings’ official account on the WeChat social media platform. Explaining the delay in making the announcement, the company said it acted prudently by waiting for official notification of Zhang’s cause of death which was given in a formal death certificate issued by the hospital on Sept. 26.

Zhang’s death adds to the turmoil that’s engulfed UCF Holdings, along with its affiliates and subsidiaries, including Hong Kong-listed Chong Sing Holdings FinTech Group Ltd. Founded in 2009, the conglomerate runs a wide range of businesses including online payment, wealth management, peer-to-peer (P2P) lending, health care and investment. But it’s been hit hard by the crisis in China’s online lending industry and the crackdown on financial leverage.

In a separate notice that did not refer to Zhang’s death, UCF Holdings said it had set up a temporary crisis management committee led by its chief executive, Zhang Liqun, which would continue to try and defuse risks and resolve the crisis at the group through measures including the disposal of assets. The committee said it hoped the group’s creditors, investors and partners would show some understanding and tolerance for its situation and that the company would strive to pay off its debts and reduce the losses investors and creditors were facing.

UCF Holdings started life offering guarantees and small loans but in an ambitious expansion strategy obtained licenses to provide a range of financial activities including banking, securities, fund management, wealth management, micro lending, insurance broking, and third-party payments. It also built up a fintech business around Beijing-based affiliate NCF Group which gained a backdoor listing in the U.S. through a merger with Nasdaq-listed Hunter Maritime Acquisition Corp., although the company was later relegated to the over-the-counter market.

But the group sank deep into debt in the second half of 2018 following a regulatory crackdown on online and P2P lending that started in late 2016 and triggered a meltdown in the sector, along with a series of misfortunes, bad risk management and poor investment decisions including an unsuccessful foray into cryptocurrencies.

UCF Pay, a third-party payment subsidiary of Hong Kong-listed Chong Sing Holdings was caught embezzling client funds, with sources familiar with the matter telling Caixin the fraud had led to a shortfall of 240 million yuan. UCF Pay’s operations have been suspended and trading in Chong Sing Holdings’ shares has been halted since July 8.

In May, financial regulators took the rare step of installing officials in the offices of N-Securities Co. Ltd., a troubled regional brokerage controlled by a UCF Holdings affiliate, to oversee its operations after an investigation into its business found it had failed to meet regulatory requirements on at least four risk-control indicators — including its capital leverage ratio and net stable funding ratio, which assess a company’s ability to meet its financial obligations.