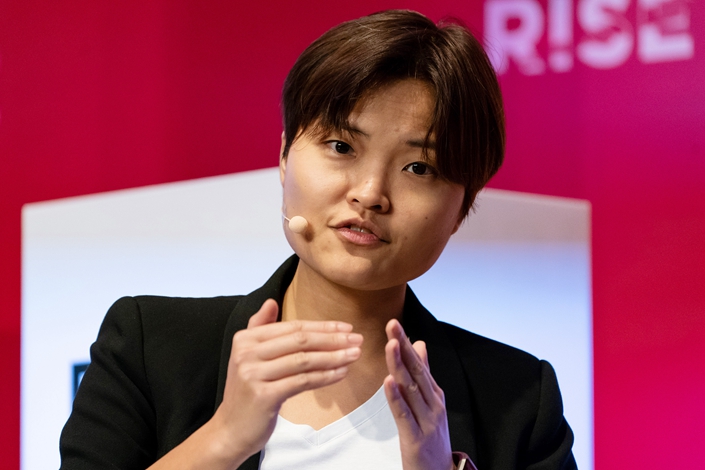 Singapore-based tech startup Grab Holdings Inc. is courting partners from China to help it become a Southeast Asian “super app” providing a plethora of services beyond its original ride-hailing offering.

Touting the company’s status as the region’s leading ride-hailing and food-delivery service provider, co-founder Tan Hooi Ling told Caixin in a recent interview in Jakarta that Grab was already the “preferred choice” for global companies, especially Chinese ones, hoping to tap into the region’s huge market potential.

“We are already the No. 1 preferred choice … and as long as we execute as we have been doing, we will continue to be the No. 1 choice,” Tan said. She cited Grab’s recent tie-ins with a series of Chinese companies, including online insurance group ZhongAn and health care service provider Ping An Good Doctor.

The partnership with ZhongAn — with which Grab launched a joint venture in January — would allow Southeast Asian users to purchase insurance through the Grab app. And after a tie-in with Ping An Good Doctor, Grab users would be able to access medical-related services such as consulting doctors online and purchasing medicines through the app.

The partnership was announced mid-last year, and the service is set to go online this year, Tan said.

Diving into new realms such as finance and health care has been Grab’s strategy in branding itself as a so-called “super app” to service Southeast Asia, adding to the nascent food delivery service it started in 2016.

Grab’s food delivery service is available in more than 200 cities in the region, mostly across Indonesia but also in Vietnam, Thailand, Philippines and Malaysia, according to the company.

Its major focus, however, is in Indonesia, the region’s largest single market with a population of over 250 million. It is in head-to-head competition there with local rival Go-Jek which also has branded itself as a “super app” by offering a similar range of services across the region.

Grab’s rapid expansion into various services has been possible due to massive capital injections by global investors that include Chinese ride-hailing giant Didi Chuxing.

Dubbed Southeast Asia’s largest tech startup, with an estimated valuation of more than $14 billion, Grab has raised about $4.5 billion from investors that also include Microsoft and Japan’s SoftBank.

Looking ahead, co-founder Tan envisions a future where Grab will follow the development path of Chinese tech titans such as Tencent and Meituan Dianping.

Tencent operates the hugely popular WeChat app in China which originated as a messaging platform but has expanded to effectively cover every daily service from mobile payments to bike-sharing and has more than 1 billion active users.

Online-to-offline company Meituan Dianping developed into a titan on a similar trajectory by first focusing on restaurant bookings before adding many other different services that include food delivery and hotel reservations.

“In many different ways, the reason why we started on the super-app journey is because we were inspired by Meituan and WeChat,” said Tan. However, she also said that Grab would not blindly copy the Chinese super-app business model and would roll out services tailored to the specific needs of its Southeast Asian customers.

Still, Tan said, Grab is at an “early stage” in the journey to combine different services and make them available in a single app.