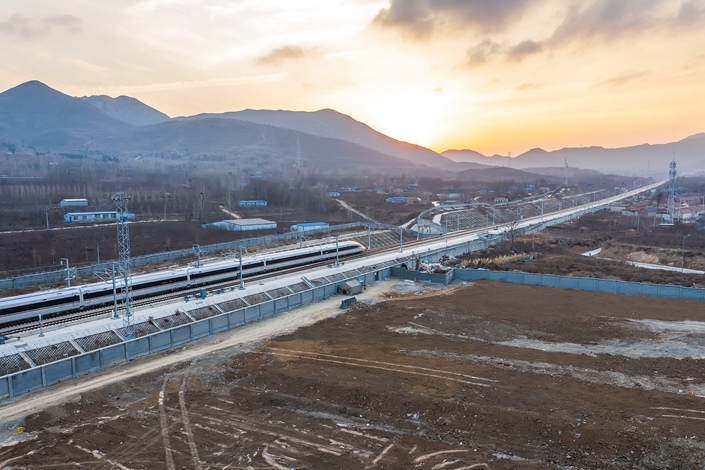 Kuwait’s sovereign wealth fund has become the first foreign investor in China’s state-of-the-art high-speed rail network, as the nation looks to bring more private money into a system whose construction has cost billions of dollars.

The Kuwait Investment Authority has contributed $200 million to a 2.4 billion yuan ($337 million) high-speed rail investment fund organized by China’s largest investment bank, CICC, according to a statement from CICC Capital. Other investors include Agricultural Bank of China, one of China’s “Big Four” state-run banks, which attended a Thursday ceremony to announcement the investment.

The fund will invest in a 300-kilometer (186 miles) line connecting Jinan and Qingdao, two major cities in East China’s Shandong province. The fund will get a 7.16% stake in the rail line in exchange for the investment, according to a local media report. Construction of the line cost about 60 billion yuan and was completed last December.

“Today’s signing is a starting point of cooperation, we hope that CICC Capital and Agricultural Bank of China will continue to follow and participate in supporting Shandong railway construction, and work together to jointly build … local railways,” Shandong Railway Investment Group Chairman Jiang Changxing said at the Thursday signing ceremony.

CICC Capital Chairman Ding Wei pointed out that the project marked the first time a major foreign investor had participated in funding for China’s vast high-speed rail network, which now boasts around 30,000 kilometers of track. “As a shareholder in the Jinan-Qingdao high speed rail line, we have full confidence in in the line’s profit potential,” Ding said.

In a similar effort to relieve its debt burden, the rail operator, China Railway Corp., is also planning to make an IPO for its Shanghai-to-Beijing high-speed rail line, one of the system’s most lucrative. The operator said in February it had hired an official institutional adviser for the planned public listing of the line, with an aim of completing supporting work for the IPO by year end.