In Depth: Recent Court Case Could Leave Banks on Hook for Customers’ Losses 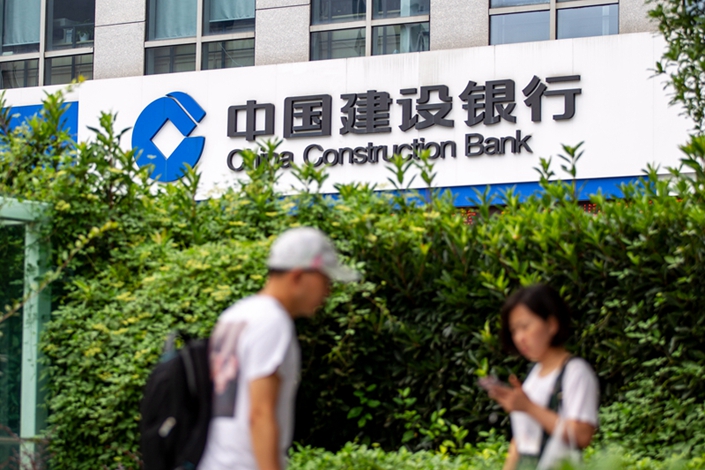 China’s banks will now have to think twice when selling wealth management products to individual investors, after one branch was told to compensate a customer for all the losses she suffered when a product she bought tanked.

In late August, the Beijing High People’s Court upheld rulings by lower courts which said a local branch of China Construction Bank Corp. — one of the country’s major commercial banks — must pay a customer nearly 600,000 yuan ($84,600) after a stock index fund product she bought from the bank was hit hard by the 2015 stock market crash.

Moreover, the implicit guarantee has not generally extended to fund products.

There has also been discussion about the role the identity of Wang Xiang, the bank customer, has played in the decision. Wang is a judge specializing in financial lawsuits at a Beijing court. The Beijing News, a local media outlet, even ran a story with the headline (link in Chinese) “Weird Drama! Judge Spent 970,000 Yuan on Fund and Lost 570,000 Yuan, Construction Bank Pays Back Principal and Interest.”

Market participants have been left wondering whether this is simply a one-off case, in which the plaintiff’s identity has played a major role, or this ruling represents a regulatory shift. If it is the latter, banks are worried that other individual investors who’ve lost money in similar circumstances could sue.

However, regulators told Caixin that the court’s ruling is in line with the recent moves to hold institutions to account if they sell excessively risky products without fully informing their clients about the risks.

Wang’s dispute with the bank dated back to June 2015, when on advice of the bank’s client manager she invested 966,000 yuan in an index fund product issued by a third party, First Seafront Fund Management Co. Ltd. Banks often offer wealth management products provided by third parties, including index funds, which are generally mutual funds that mirror certain financial market indexes.

Soon afterwards, China saw one of its worst stock market crashes ever, which wiped out trillions in market value. The country’s benchmark Shanghai Composite Index dropped around 40% in the three months following mid-June. When Wang cashed out of the fund in March 2018, she got only about 389,500 yuan back.

Wang said the manager recommended her a high-risk product that didn’t match her ability to weather the risks. Wang told the court that when she filled out a questionnaire issued by the bank to assess clients’ risk tolerance, she made it clear that she could only bear “losses within 10% of the principal.” She said she was talked into buying the riskier product.

China Construction Bank argued in court that its risk assessment was not decided by any single question, but was based on a comprehensive judgment. It claimed that its assessment showed Wang was a “steady” type of investor who was suitable for the “medium-risk” index fund product she purchased.

The bank also said Wang is “an expert in financial lawsuits” and an experienced investor who had been buying fund products from the lender since 2011. Wang also signed a letter confirming she was aware of the investment’s risks, the bank said. She earned 241,900 yuan from investing in another “medium-risk” fund in April 2015, according to the bank.

However, the court said the letter Wang signed only mentions the general risk of investment and that the bank had failed to inform her of the specific risks presented by the product in which she was investing.

Banking and securities regulators have praised the court’s decision, though the banking industry has complained about “excessive protection” of customers.

“It is a typical case to ensure compliance with investor protection rules,” Zhao Min, a bureau chief in charge of investor protection at the China Securities Regulatory Commission, said at a press briefing jointly hosted by banking, insurance and securities regulators in late August.

Guo Wuping, who is in charge of consumer rights protection at the China Banking and Insurance Regulatory Commission, said at the same event that the banking watchdog has been revising its rules to fill loopholes in this area. The regulator is also beefing up inspections of some banks and insurance companies, he said.

This coincides with a recent meeting on financial cases held by the Supreme People’s Court. According to the minutes of the meeting (link in Chinese), issuers and sellers of financial products can be held responsible for consumers’ losses if they fail to fulfil their obligation in “recommending proper products (or services) to proper customers,” or fail to fully inform customers about the risks involved with the investment in accordance with the customers’ ability to bear the risks. The minutes were released in early August for public consultation.

Although there have been previous cases in which companies and individuals have been ordered to shoulder responsibility for investment losses, the confluence of the recent ruling, regulatory rule-tightening and the Supreme People’s Court’s minutes have shaken the industry. Many banks and third-party vendors of financial products have been scrambling to review their sales procedures and fix holes.

“It’s driving us crazy,” an employee of a financial product sales platform, who declined to give his name, told Caixin. “We have to get all our files and documents out and comb through each of them (to fix problems).”

A manager of a bank’s retail business, who also preferred to remain anonymous, told Caixin his team closely watched the Beijing lawsuit and plans to retrain sales personnel to ensure they both keep meticulous records and do not recommend products out of sync with investors’ risk-bearing ability.

They said that banks are also screening products issued by third-party platforms more closely, as they will have to share the legal risks if the products do not meet regulatory requirements or are too risky.