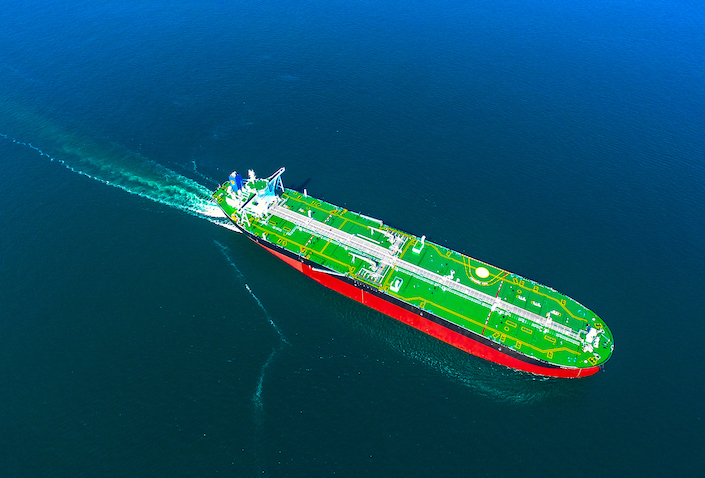 China’s state assets supervisor announced Friday the merger and restructuring of the country’s two largest state-owned ship manufacturers to form one of the world’s largest shipbuilders.

CSIC and CSSC were one conglomerate until 1999 when they were split in two. With China’s Yangtze River as a loose border, CSSC and CSIC operated businesses in the country’s south and north, respectively. The two companies’ combined assets were worth almost 800 billion yuan ($112 billion) as of the end of March.

The core leadership of the combined enterprise will be dominated by executives from CSSC, indicating CSSC may play a leading role in the merger, people close to the companies told Caixin.

There has always been speculation of a reunion of the two shipbuilding giants amid a broad shakeup of China’s state-owned enterprises. People from CSSC told Caixin that there have been merger talks since 2015, but little progress was made, mainly because senior management of both sides didn’t have a strong desire to push forward.

When Lei, previously chairman of state-owned China Aerospace Science and Technology Corp., became CSSC chairman in March 2018, the outsider was determined to push through the merger.

Talk of a possible merger resurfaced last year when some senior executives of the two conglomerates swapped positions. Former CSIC deputy general manager Yang Jincheng was appointed in June 2018 as CSSC’s director and general manager, another sign indicating the merger was accelerating.

In March, CSSC disclosed plans to restructure and swap certain assets of its listed subsidiaries, following a similar move by CSIC. The restructuring was seen by analysts a major shift in the two shipbuilding titans’ asset integration from a geographic approach to a sector-driven strategy.

In July, eight listed subsidiaries of CSSC and CSIC announced in various filings that their parent was planning a restructuring that would result in a merger of the two groups. This was the first time the merger rumor was officially confirmed.

Currently, CSSC controls six shipyards, nine research institutes and four listed subsidiaries. As of the end of March, the southern group had assets of 300.7 billion yuan.

The northern group owns three shipbuilders, 28 research institutes and five listed subsidiaries. As of the end of March, the company had assets of 487 billion yuan.

Analysts said they expect each shipyard to continue to operate independently for a period of time before regional integration is gradually conducted.