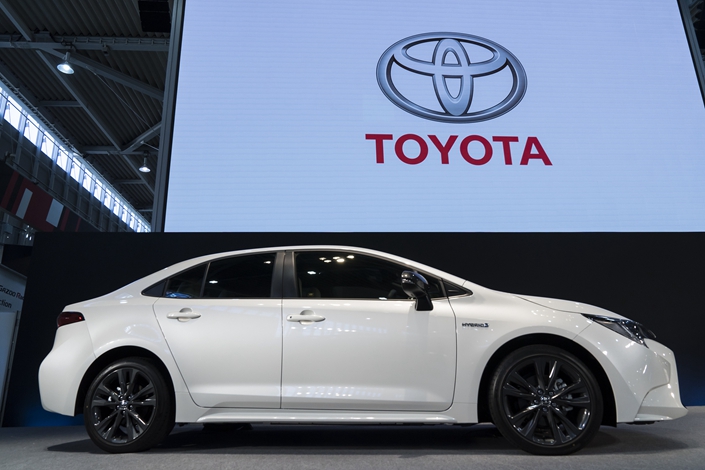 Ownership of the new company will be evenly split between BYD and its Japanese peer and will focus on research and development and other business related to pure-electric cars and their parts.

According to BYD, the venture’s products will use BYD’s existing electric platform technology and electric parts supply. It will also integrate Toyota’s quality and safety control standards. The electric vehicles it develops will be sold under the Toyota brand.

The company will launch its first vehicle in 2025, five years after Toyota rolls out its first pure-electric models in China.

Previously, the Japanese automaker was mainly betting on hybrid and fuel-cell technology, with its Chairman Takeshi Uchiyamada predicting carmakers would struggle if the transition to pure-electric cars was too fast. However, earlier this year Toyota updated its goal to sell 5.5 million electric vehicles per year by 2025, five years earlier than predicted in its 2017 strategy.

The BYD partnership is the second pure-electric vehicle deal that Toyota has inked with Chinese automakers this year. The company announced in September that it had signed an agreement with FAW Group Corp. and GAC Group.

BYD, the leader in China’s new-energy vehicle sector, has been seeking to diversify its supply chain since 2017, particularly in batteries.

In an analyst note, Daiwa Capital Markets said that the news was “positive” for BYD. “Over the long-run, the collaboration could further enhance its competitiveness in the market and we believe BYD will remain as the market leader in the (new-energy vehicle) segment backed by its strong product pipeline,” the note said.

BYD shocked investors last month with news that its full-year profit could plunge as much as 43% on sluggish sales. In September, BYD’s sales of new-energy vehicles — a category that includes pure and hybrid electric vehicles — dropped for the third consecutive month to 13,681.

The softening sales follow Beijing’s decision to cut the subsidies that created the electric-vehicle industry in the first place. China rolled out generous grants from 2010 to promote electric cars in a bid to clean up the country’s polluted air and also help develop cutting edge technologies for export.

Now, the government is seeking to make electric carmakers more self-reliant and wind down all financial support for the industry by the end of 2020. The latest phase of cuts, which began June, slashed subsidies for new-energy passenger vehicle manufacturers by 50%.

Tang Ziyi contributed to this report