China’s Troubled Banks Get a Lifeline From Local Governments 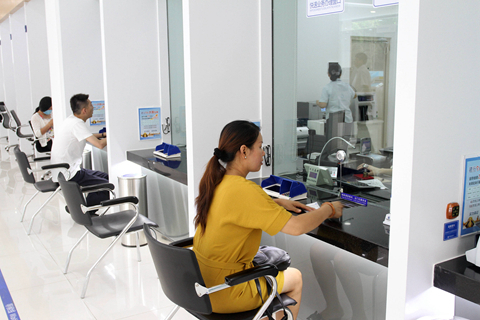 (Bloomberg) — China’s local governments are helping to inject fresh capital into small lenders across the country, part of an expanding campaign to restore confidence in the world’s largest banking system.

At least 10 small Chinese banks have raised money this year by selling shares packaged with nonperforming loans (NPLs), in several cases to buyers controlled by local authorities. In at least one deal, the NPLs were sold at above-market rates.

The transactions, while modest in number given China’s 3,000-plus small banks, show the determination of local authorities to shore up the linchpins of their district economies. The health of small banks has become a growing concern after the seizure of one lender in May forced losses on creditors and cast doubt on the longstanding assumption that the state would always backstop troubled banks.

As part of their efforts to stabilize the industry, regulators are considering a plan that would encourage problematic banks with less than 100 billion yuan ($14 billion) of assets to merge or restructure, people familiar with the matter said last week. Local governments would be held responsible for dealing with troubled lenders, with the central bank providing liquidity support if necessary, the people said.

The China Banking and Insurance Regulatory Commission didn’t respond to a fax seeking comment on the deals.

Zhou Liang, vice chairman of the CBIRC, said Sunday that regulators would try as much as possible to avoid using “a scalpel” on individual banks because the risk of contagion is high even if a lender is small.

One bank offering bad debt with a share sale is Anhui Suzhou Rural Commercial Bank Co., a lender based in a landlocked province of 63 million people just west of Shanghai. Investors are being asked to buy debt equivalent to half of a 480 million-yuan ($69 million) private placement, a filing to China’s securities regulator showed.

Anhui Suzhou Rural Bank has a nonperforming loan ratio of 12%, compared with 3.95% for rural lenders as of June. The bank couldn’t be reached for comment.

While it’s hard to find comprehensive data on who’s purchasing shares and NPLs from small banks, local government-backed entities are among the buyers. A municipal subsidiary took part in an offering from Anhui Feidong Rural Commercial Bank, while seven state-owned enterprises invested in Anhui Suzhou Rural Bank, according to regulatory filings.

In 10 deals tracked by Bloomberg, shares were sold below the banks’ net asset values, but there was no public pricing information for the bad debt. One seller said that while the debt was offered at a discount to face value, the markdown was not as steep as asset managers had indicated they’d require. The person asked not to be identified discussing a private deal.

Local governments are stepping up support for small banks even as their own finances get squeezed by falling tax revenue, swelling debt and China’s deepest economic slowdown since the early 1990s. By Natixis’s count, local SOEs accounted for almost half of China’s corporate bond defaults in the third quarter.

Yulia Wan, a senior analyst at Moody’s Investors Service, said client and government relationships, as well as business strategy, play into decisions to participate in these deals. Local governments may want to maintain bank licenses and thus encourage state-owned enterprises to become shareholders in banks to prevent them from becoming insolvent, Wan said.