Will China Lead the World With 5G Network-Sharing Model? 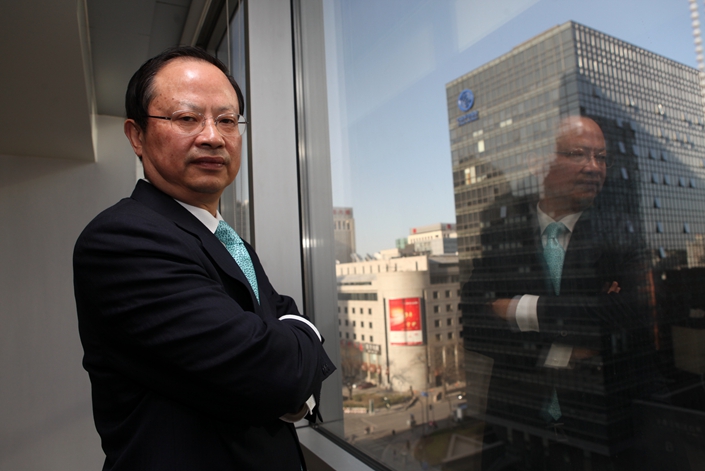 Mobile operators around the world could follow China’s example by seeing carriers in individual markets share the costs for building expensive 5G networks, though such asset pooling might require a government role, experts said.

Such sharing could become a trend in the new era of high-speed 5G communications, which will carry a much bigger price tag than previous generations of networks due to need for denser and higher-tech infrastructure, they said. Higher frequencies needed to transmit the huge volumes of data that 5G networks can handle will require far more base stations compared with earlier generations of mobile service, said Wang Jianzhou, a former chairman of leading Chinese carrier China Mobile.

“Co-building and sharing networks is a trend in the development of global wireless networks,” he said at an industry conference on Tuesday. “This is true for 5G, and even more so for 6G.”

Wang made his remarks as the two smaller of China’s three major wireless carriers, China Telecom and China Unicom, prepare to share some construction costs and pool other resources for their 5G networks. The pair collectively control just 40% of China’s huge wireless market, giving them far less resources to develop nationwide 5G networks than industry leader China Mobile, which controls the other 60%.

To help reduce their cost burden, China’s Ministry of Industry and Information Technology helped to engineer a network-sharing agreement signed by the pair in September. That deal saw the pair agree to share construction costs of certain components of their 5G networks such as entry points. They also agreed to share transmission frequency resources, though each will still build its own core network and operate separate brands.

Such sharing can trim as much as 30% off network ownership costs while also improving network quality, said Peter Liu, a telecom analyst at Gartner. He pointed to a report from industry association GSMA showing that network sharing already occurs in many countries on a limited basis, from developing nations like Brazil and India to more advanced markets like the U.S., Germany and Norway.

“Network sharing has become a standard part of the operating model for mobile operators, and the trend is accelerating,” he said. “5G will be no exception, with operators eyeing new ways of accelerating the deployment of an otherwise daunting investment.”

Annual spending on 5G equipment is expected to reach $159.5 billion in 2023 in the Asia Pacific region, excluding Japan, accounting for 31% of overall telecom network spending between 2018 and 2023, said Nikhil Batra, a telecom analyst at IDC.

“As a result (of the big expense), service providers are exploring the co-build and manage option. But on the other hand it impacts the competitive standing,” he said. “So unless it’s driven from the top by the regulatory authorities, we don't expect to see a lot of those cases,” he added.

He pointed to South Korea, which rolled the world’s first 5G nationwide commercial services earlier this year, as a case where such network sharing was largely made possible through government participation. “In Korea, the government orchestrated a deal between the three telcos to launch simultaneously on the same day, which was a challenge in itself. … So essentially, you don’t see a lot of that happening in the region unless there's a government or regulator directive to do that.”

China’s case was also made possible by a big government role, since the central government is the controlling stakeholder of all three of the country’s major carriers and often dictates their broader strategic direction.