By Yang Ge and Qian Tong 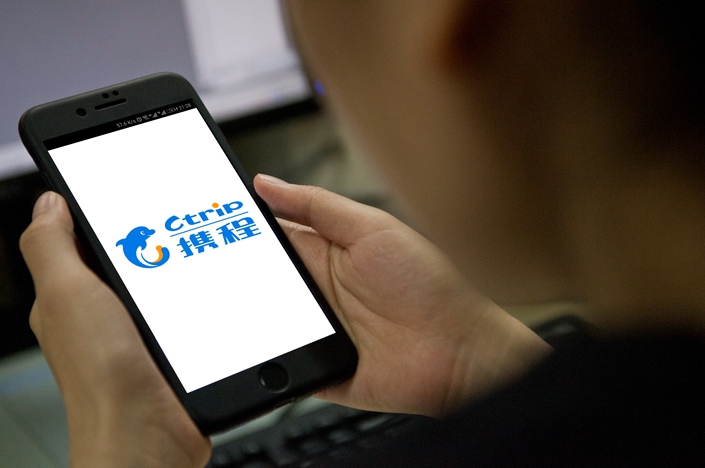 Ctrip derives about a third of its outbound revenue from Chinese tourists who visit Hong Kong and Taiwan, according to one industry analyst. Photo: IC Photo

“Industry headwinds,” led by a sharp drop in tourism due to recent unrest in Hong Kong, are taking a toll on leading travel agent Trip.com Group Ltd., which blamed such factors for putting a major damper on its business in the current quarter.

The company, formerly known as Ctrip, derives about a third of its outbound revenue from Chinese tourists who visit Hong Kong and Taiwan, according to a Daiwa note published after the release of Trip.com’s latest quarterly results on Wednesday. But such travel has dropped dramatically as many mainland Chinese travelers steer clear of Hong Kong due to local unrest — often violent — that began in June and has become a near daily occurrence in recent weeks.

Trip.com did not mention Hong Kong in its quarterly earnings release. But the topic was a main focus during its analysts call to discuss the latest results.

“The recent events in Hong Kong certainly has a negative impact on our outbound business, not just in Hong Kong, Hong Kong-Macau, also Taiwan, Greater China regions, they all are negatively impacted,” Chairman James Liang said on the call, according to a transcript. “And also not just from China, inbound to Hong Kong is almost completely gone.”

In its latest announcement Trip.com said it expects to post revenue growth of 8% to 13% in the current quarter. That figure would have been considerably higher if not due to the Hong Kong unrest and other factors, said CFO Cindy Wang.

“This forecast reflects a 600 to 700 basis point impact related to recent macro and industry headwinds, in particular, related to events in Hong Kong,” she said on the call. “Outbound traffic to Hong Kong declined more than 50% in recent months, which also resulted in a steep decline in the accommodation and air ticket prices.”

The gloomy outlook cast a shadow over Trip.com’s New York-listed shares, which fell 4.4% in Thursday trade in New York. The stock has lost more than 10% of its value from earlier in the month as worries mount about the impact on its business from falling travel to Hong Kong, a popular offshore destination for its core base of Chinese mainland travelers.

In its latest report, Trip.com said its revenue grew 12% to 10.5 billion yuan ($1.5 billion) in the three months through September. It posted a 793 million yuan profit for the quarter, reversing a loss a year earlier.

Daiwa Capital Markets analyst Robin Leung said the latest revenue growth was roughly in line with market expectations, and that profit was even ahead of expectations. But the midpoint of the company’s fourth-quarter revenue growth forecast was about 2 percentage points below what analysts were expecting, he added.

“We believe the worsening situation in Hong Kong is likely to pressure travel demand in the near term with further downside risk to the company’s outbound transportation revenue, while the change of destination to countries in Southeast Asia is unlikely to offset the weakness,” he wrote.

Trip.com’s international revenue, which includes purchases from both outbound Chinese tourists and overseas-based tourists in other markets, now accounts for over 35% of its total revenue. Chinese outbound travel accounts for the majority of that, between 20% and 25%. Business from its services directed at travelers outside China, mostly through its Trip.com and Skyscanner sites, provides the remainder.