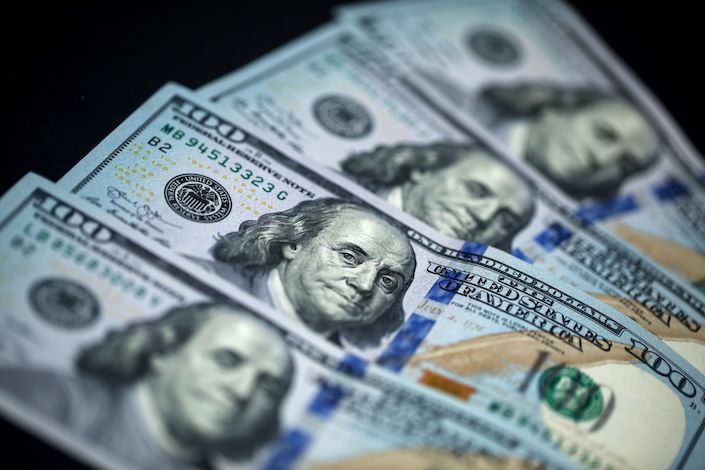 (Bloomberg) — Dollar bonds of two companies based in China’s Shandong province plunged Thursday amid signs that their debt troubles are worsening.

Shandong Ruyi Technology Group Co.’s dollar bond due in December plunged by 11.2 cents on the dollar to 77 cents as of 5:24 p.m. in Hong Kong, its biggest drop on record, according to Bloomberg-compiled prices. A dollar bond of Shandong Yuhuang Chemical Co., another business from the same province, due in March fell by 13.6 cents to 59 cents, also a record drop for the note, the data show.

Both bonds declined amid investor concern over their repayments. Citing unnamed sources, Debtwire reported late Wednesday that Ruyi appointed American investment bank Houlihan Lokey Inc., without specifying its role. The report also cited a Ruyi spokesperson as saying it consulted with Houlihan Lokey for general financial services and management remains committed to repaying its dollar bond due next month on time.

Yuhuang’s 500 million yuan ($71 million), 6% bond was suspended from trading Nov. 21 because of a “major event,” the company said in an exchange filing. It’s due to repay almost all that bond principal Thursday after bondholders exercised a put option. S&P Global Ratings downgraded Yuhuang to CC from CCC+ on the same day, citing high near-term risk of default on the company’s maturing debt.

The two companies add to a growing list of distressed enterprises in the eastern Chinese province. In late October, steelmaker Xiwang Group Co., also based in Shandong, said it failed to repay a local bond after a ratings company warned the previous month that the company faced heightened pressure to repay debt in the final quarter.

Shandong’s privately owned companies are frequent users of cross guarantees, which have the potential to send one company’s liquidity issues cascading through the credit system, S&P Global Ratings said in a note last month.