Deputy Jiangsu Governor to Be Named Bank of China President 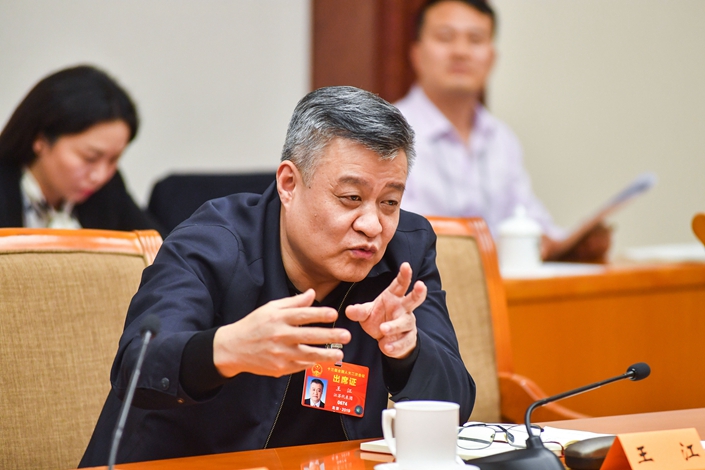 Shanghai- and Hong Kong-listed Bank of China Ltd., one of China’s “Big Five” state-owned commercial banks, will name a deputy governor of Jiangsu province as its president, Caixin has learned, filling a position that has been vacant for nearly half a year.

Wang Jiang has been a deputy governor of the wealthy eastern province since July 2017. Before taking on that role he was an executive vice president of Bank of Communications Co. Ltd., another one of the country’s big five lenders, for about two years.

He is one of a dozen finance industry veterans who have been appointed to senior provincial government roles in recent years to deal with local financial risks — which in Jiangsu take the shape of huge amounts of hidden government debt.

Caixin has learned that Wang was on Monday named deputy secretary of Bank of China’s Communist Party committee and will take up the position of president after his appointment is approved by the board of directors and the country’s banking regulator.

Bank of China’s previous president, Liu Liange, was promoted to board chairman in July.

Caixin has also recently learned that the current Bank of Communications president, Ren Deqi, will be promoted to chairman.

Bank of China is facing a tough environment, amid a flagging economy and the top-down imperative to boost lending to small or private businesses. In the first three quarters, its profit attributable to equity holders grew 4.1% year-on-year to 159.6 billion yuan ($22.7 billion), down from 4.5% growth in the whole of 2018, and the return on average equity was 13%, decreasing 0.7 percentage points year-on-year, according to its third-quarter report.