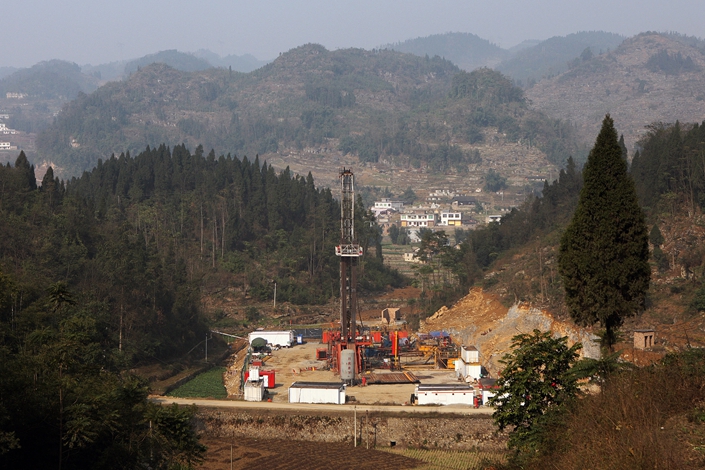 The announcement comes amid Chinese government efforts to grow annual shale gas production (link in Chinese) capacity to 30 billion cubic meters by 2020, according to the Shale Gas Development Plan (2016-2020) published by National Energy Administration in 2016.

Shale gas deposits lie underground within layers of shale rock and require extraction using methods such as “fracking,” where high-pressure liquids are injected into the earth to blast the rocks apart.

The technique is controversial, prompting environmental and health concerns, and has even been linked to earthquakes.

But given that it allows otherwise inaccessible gas deposits to be exploited, Beijing has been pushing its uptake in recent years to shore up country’s energy security, providing policy support that includes a 30% tax cut (link in Chinese) for shale gas producers for the period April 2018 to March 2021.

Driven by improved technology and strong government backing, PetroChina set aside 228.2 billion yuan ($32.4 billion) this year to fund the surveying and exploitation of unconventional gas, an annual increase of 16%. Unconventional gas refers to deposits in hard-to-reach places, including shale gas and also coal-bed methane and methane hydrates trapped below the arctic permafrost.

In September, PetroChina revealed a new gas field in the Sichuan basin containing 741 billion cubic meters of shale gas, bringing the total known volume in the region to more than 1.1 trillion cubic meters — thought to be the largest deposit of shale gas in the world. And more could be discovered in coming years.

But the industry has been plagued by setbacks, including a series of deadly tremors that shook Rong county in the southwestern province of Sichuan earlier this year, sparking a public outcry that prompted the local government to suspend nearby fracking operations.

Read More
In Depth: Earthquakes Are the Latest Setback to China’s Fracking Ambitions

“We are very cautious to the exploitation of unconventional gas reserves until the impacts are fully investigated, understood, addressed and regulated,” said Yuan Ying, East Asia program manager at Greenpeace.

Yuan said it had been estimated that anywhere between 9,000 and 29,000 cubic meters of water are required for fracturing operations on a single well, which could impact the sustainability of local water resources. She also said the greenhouse gas footprint of shale gas may be significantly greater than for conventional gas.

There is already plenty of low-carbon and low-cost energy options such as solar and wind to replace gas, so it is no longer necessary to consider gas as a bridge fuel to coal, she added.

China produced 10.9 billion cubic meters of shale gas in 2018, up 21% from a year ago, accounting for 7.7% of the country’s total natural gas production with almost all produced by state-owned energy giants PetroChina and China Petroleum & Chemical Corp., better known as Sinopec.