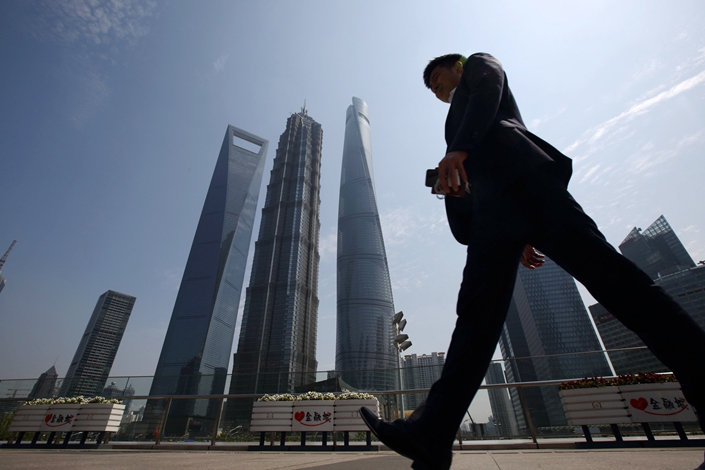 China’s top policymakers pledged more-effective measures to ensure stable growth next year as the world’s second-largest economy faces increasing downward pressures amid a continued slowdown and a prolonged trade war with the U.S.

While focusing on maintaining economic stability, China will continue stepping up efforts to deepen structural reforms to ensure economic growth within a reasonable range and steadily improve the quality of the economy, according to a statement released by state media after the three-day Central Economic Work Conference, which concluded Thursday in Beijing.

Top central and local government officials gather every December for the meeting, which sets out the country’s economic policy strategies for the coming year, although details of the policies and numerical targets are often not made public until the National People’s Congress in March.

The statement echoed pledges by the Politburo, the Communist Party’s top decision-making body, at a meeting last week calling for more “forwarding-looking, targeted and effective” policies to ensure stable growth and fend off risks next year.

The year 2020 marks the final year for China to fulfill its goal of building a “moderately prosperous society” with gross domestic product and per capita income doubling from 2010.

Maintaining economic stability is highlighted in the statement of this year’s meeting, reflecting an urgency to combat downward pressures as economic growth slowed to a near 30-year low of 6% in the third quarter.

Economists have said they widely expected that China will set its 2020 growth target at about 6%, down from a 6% to 6.5% range set in 2019. The unsettled trade frictions with the U.S. are weighing on growth, economists said.

To support growth, policymakers pledged to continue to fine-tune a “proactive” fiscal policy and “prudent” monetary policy. Unlike last year, the meeting didn’t specify further cut taxes. Instead, it emphasized the effectiveness of fiscal policies.

The wording changes reflect revenue pressures after last year’s massive tax cuts, analysts said. The policy room for further tax cuts is narrow in 2020, forcing the government to improve existing policies to enhance the effectiveness of previous tax cuts, said the Development Research Center of the State Council in a research report.

Several institutions have forecast that the focus of fiscal policy will shift from tax cuts to spending expansion in 2020.

Analysts have said they expected China to expand its 2020 budget deficit from 2.8% of GDP to around 3% while authorizing local governments to issue more special-purpose bonds to fund infrastructure investment. The quota for such borrowing is expected to increase by almost 40% to 3 trillion yuan ($426 billion) next year, compared with 2.15 trillion yuan this year.

Fiscal and monetary policies should work together with policies on consumption, investment, employment, industry and regions to channel investment to areas such as advanced manufacturing, improving people’s livelihoods and closing gaps in infrastructure, it said.

Leaders at the meeting also reiterated that “houses are for habitation, and not for speculation,” calling for long-term mechanisms to stabilize land and housing prices.

Wang Tao, chief China economist for UBS, said there is little possibility of major easing in the housing market in 2020, although local governments may be granted more leeway to fine-tune their local policies according to economic conditions.

A number of city governments have tested moderate easing measures in recent months to bolster local property markets, but generally in a very cautious way.

The Central Economic Work Conference also stressed efforts to stabilize employment and improve the structure of the job market, and to “ensure there are no families in which all the members are unemployed.”

China will continue to step up efforts to build a high-standard market system, push forward reforms in state-owned enterprises, improve property rights protection and promote reforms in land, fiscal and tax systems, as well as the financial system. The country will further open its economy in a wider and deeper way, the statement said.