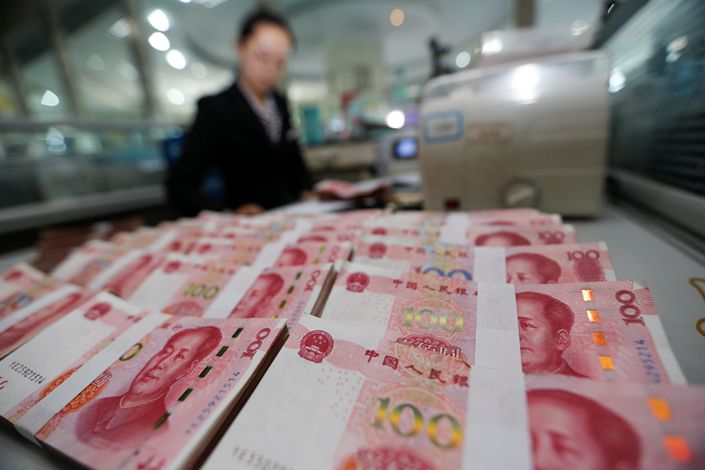 Lowering costs for businesses, including interest rates, has been a key plank in the government’s strategy to help the economy over the past few years. Photo: VCG

China has instructed banks to further cut financing costs for small and micro businesses across the country next year to support the underserved private sector in an effort to bolster the cooling economy.

The State Council, China’s cabinet, called on banks to lower overall financing costs on loans to small and micro businesses — those with credit lines under 10 million yuan ($1.4 million) — by 0.5 percentage points next year, according to a statement (link in Chinese) published after a Thursday meeting chaired by Premier Li Keqiang. It also instructed five of the country’s largest state-owned commercial banks to increase the value of loans made to these companies by at least 20% next year.

Lowering costs for businesses, including interest rates, has been a key plank in the government’s strategy to help the economy over the past few years. Small and privately owned companies are often disadvantaged in a system that favors state-owned enterprises, which are seen as less risky. The policy has taken on added urgency this year amid sluggish domestic and global demand, and the ongoing trade war with the U.S.

During the national legislature’s annual session in March, Premier Li Keqiang promised that the country will lower financing costs for small businesses this year by 1 percentage point from last year.

At the end of October, the balance of outstanding loans to these small and micro businesses increased by 23.3% year-on-year, nearly 11 percentage points higher than that of overall loans, according to the cabinet’s statement.

Outstanding loans by five of the largest commercial lenders to such businesses stood at 2.52 trillion yuan at the end of September, up 47.9% compared with the end of 2018, Zhu Shumin, a vice chairman of the China Banking and Insurance Regulatory Commission (CBIRC), said at a briefing (link in Chinese) in October.

This means that the five banks have hit the target that the cabinet set earlier in the year. The government’s annual work report, published in March, set a goal for the banks to boost lending to the small and micro businesses by more than 30% in 2019.

However, the authorities’ drive to bolster the cash-strapped private sector, noted for a large number of small businesses, has come at a cost. One of the side effects of the drive has been a price war among lenders looking to offer the lowest interest rates, which has ratcheted up the competitive pressure on smaller lenders.

Some industry observers also worry that the low interest rates offered by big banks won’t be enough to cover their funding costs or the high risk of lending to small businesses, as such loans tend to go bad more often than average.

Li Junfeng, director of the CBIRC’s Financial Inclusion Department, said at an April briefing that the banking regulator doesn’t encourage banks to set lending rates for small enterprises below the central bank’s benchmark rates. He estimated that if banks can control risks with a nonperforming loan ratio of less than 3%, their interest rates should be set between 5% and 5.7% to break even.