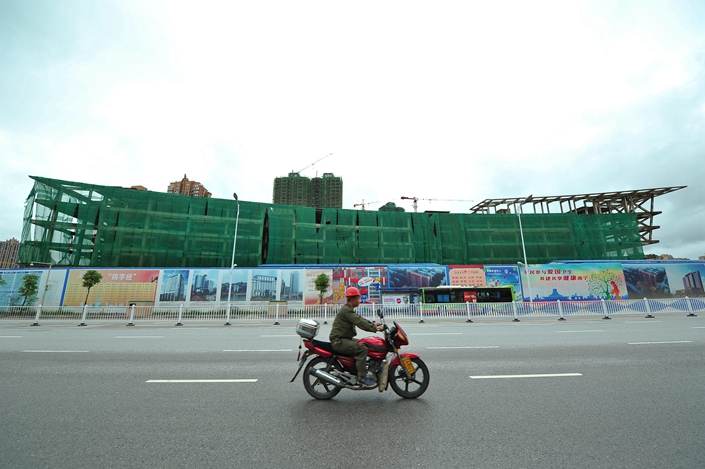 Local governments are taking action to prevent a downturn in the real estate industry from triggering further problems as concerns grow that bankrupt developers could run away with the funds for homes purchased before they were finished.

More property developers have filed for bankruptcy this year than last, amid sluggish economic growth and tightening regulatory control over the real estate market and relevant financing channels, meant to curb speculation. As of Nov. 27, 459 real estate companies had filed for bankruptcy this year, slightly more than the 458 bankruptcy filings seen in the whole of 2018, according to calculations (link in Chinese) by research firm China Real Estate Information Corp. based on public court records.

Money flowing into property development has slowed, with investment growth of 10.2% year-on-year in the first 11 months of this year, down from a recent high of 11.9% growth in the January-to-April period, according to National Bureau of Statistics data. In addition, growth in outstanding loans has slowed for the last four quarters, dropping to 11.7% year-on-year at the end of the third quarter, according to central bank data (link in Chinese).

The rise in bankruptcy filings may lead to an increase in unfinished developments, with homebuyers who pre-purchased apartments “off-the-plan” losing out. Although there is no official data on how many properties have been left unfinished as a result of developer bankruptcies, some local governments have begun to tighten regulations governing the funds property developers take from sales of off-plan homes.

Xi’an, the capital of Northwest China’s Shaanxi province, called for public comment on Friday on draft regulations (link in Chinese) ordering that funds used to pre-purchase real estate be deposited in special bank accounts subject to strict oversight by local regulators. Under the draft regulations, property developers would not be allowed to take money directly from buyers or open other accounts to receive the funds. Yan’an, another city in Shaanxi, issued a similar regulation in October vowing to ensure that funds from sales of off-plan properties not be embezzled.

Li Yujia, chief researcher of a housing policy research institution in South China’s Guangdong province, told Caixin that the Xi’an policy is meant to prevent homes from being left unfinished due to potential breakdowns in property developer funding chains. If developers run away with the money, it could “create risks for financial institutions, and defaults on project payments and attempts by buyers to defend their rights will affect social stability,” Li said.

Read more
In Depth: Whither the Chinese Economy in 2020?

Other governments have also taken measures to prevent developers from abandoning unfinished homes. Northeast China’s Heilongjiang province has asked developers not to sell any properties until construction of the whole building is at least two-thirds of the way done, according to a policy (link in Chinese) issued last month.