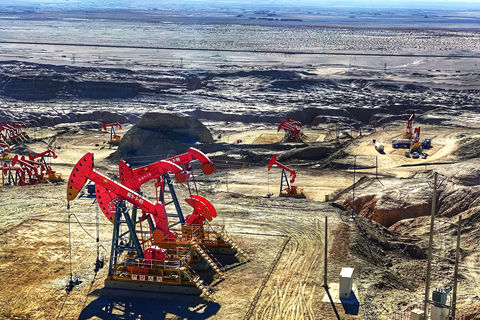 China will grant private and foreign companies access to explore for and produce oil and gas in the country, a long-awaited move to open up the massive state-controlled energy sector.

Starting May 1, all companies registered in China with net assets of 300 million yuan ($43 million), no matter whether domestically or foreign funded, will be allowed to apply for licenses to conduct oil and gas exploration and production, Yao Huajun, vice minister of natural resources said Thursday at a press briefing in Beijing.

The change is part of a restructuring plan issued Dec. 31 by the Ministry of Natural Resources. It follows a series of recent moves to overhaul the energy sector. In July, China scrapped restrictions on foreign investment in oil and gas among a number of other industries. The country also debuted a new national oil and gas pipeline company in December.

The latest move will introduce “diverse players into the market to boost market vitality and expand funding sources for (resource) exploration,” Yao said. It will enhance the country’s exploration capacity to ensure its energy security, Yao said.

Chinese authorities have called for efforts to expand crude oil and gas output to bolster the country’s energy security and support a national campaign to shift away from coal. China relies on imports for nearly 70% of crude oil and half its natural gas consumption.

The Dec. 31 restructuring document for the first time marked the unification of exploration and production rights for oil and gas companies. Previously, companies needed to apply for the licenses separately. The validity period for rights will also be extended.

Guo Jiaofeng, analyst at the State Council’s Development Research Center, said unified rights to do exploration and production will make it easier for investors to conduct business and will boost their confidence.

But industry experts said it is still unclear that whether foreign investors can obtain unified rights for independent operations as other industry regulations need revision to conform with the recent rule changes.

To fully remove restrictions on the upstream oil and gas industry, China will need to adjust existing rules and make policy arrangements regarding exploration and production rights bidding, transfer and sales, as well as exploration information management and operation of oilfield services to attract private and foreign investors into the market, Guo said.

According to the December document, companies can transfer and sell their business rights through private agreement or public auction.

Zhang Libin, an energy expert at Peking University, said effective implementation of the restructuring will depend on whether the companies and the state are willing to offer high-quality assets to outside investors.