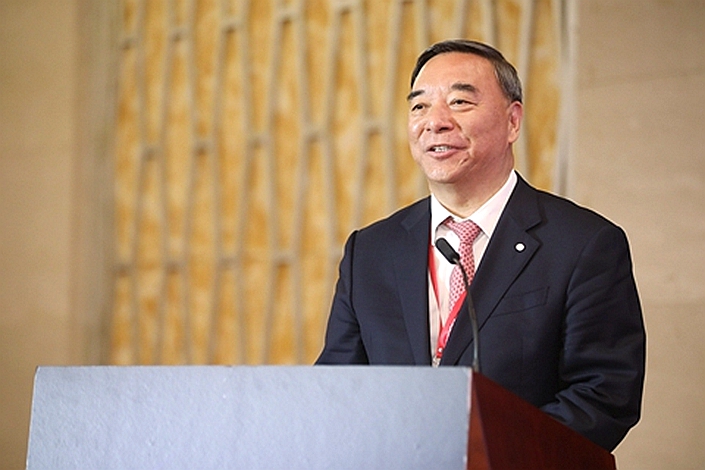 Song said he believes the Shanghai Composite Index is currently undervalued due in part to the relatively low quality of Chinese listed firms.

China needs to regularize the delisting of its problematic publicly-traded companies, improving efficiency of a system that only removed 18 of more than 3,700 listed firms from the nation’s stock exchanges last year, a major industry association said.

The China Association for Public Companies made its assessment in a report on a group of firms that is critical to China’s economy, and yet filled with problems due to weak oversight and hidden risk. To make matters worse, companies that fail to conform with listing requirements often find ways to rectify their problems on paper, without actually resolving problematic operations.

“Delisting is a very difficult issue for us,” said association Chairman Song Zhiping. “Shareholders don’t like it, listed companies don’t like it, and local governments don’t like it.” But Song added that problems will only accumulate if China’s stock markets don’t regularly find ways to expel the stale and old, and welcome in the fresh and new.

China is home to some of the world’s biggest stock markets, with a combined market value of 60 trillion yuan ($8.7 trillion) for its 3,778 A-share traded firms covering some 90 industries. By comparison, the New York Stock Exchange, the world’s largest, had a market value of about $28.5 trillion in the middle of 2018, according to the latest data on its website.

Publicly listed U.S. companies have an average “half-life” of 10.5 years, meaning that roughly half of all U.S. companies will be delisted for various reasons over a 10.5 year period. By comparison the rate for China is far smaller, as evidenced by the fact that delisted companies last year accounted for just 0.5% of the nation’s total publicly traded firms.

Speaking at a meeting to discuss his association’s latest report, Song said he believes the Shanghai Composite Index is currently undervalued due in part to the relatively low quality of Chinese listed firms. The index currently trades at a price-to-earnings ratio of about 15, well below the 22 ratio for the S&P 500, according to Bloomberg data.

Despite their relatively small numbers, China’s listed companies form a cornerstone of the national economy. In the first three quarters of the year, public companies with real businesses, excluding banks, accounted for 50% of total profits among all companies of significant scale. Between 2006 and 2019, Chinese public companies raised 12.6 trillion yuan and distributed 7.8 trillion yuan in dividends.

China has 150 million stock investors, 90% of which are retail buyers and small investors. That contrasts sharply with U.S. and Europe, where the majority of trading activity is generated by larger, more sophisticated institutional investors.