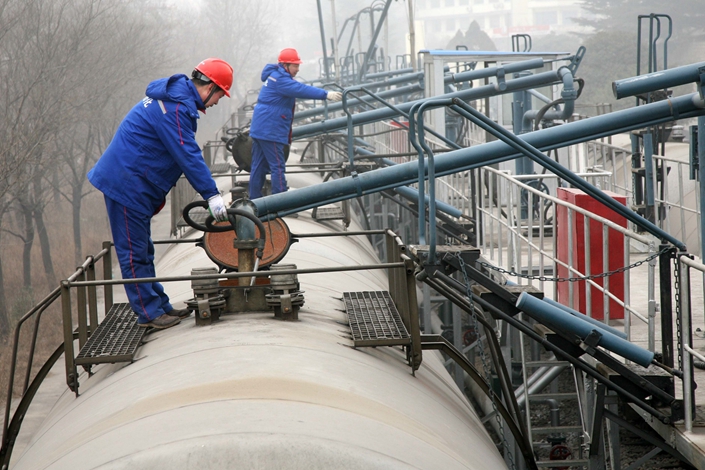 The rise in excess capacity also comes as growth in domestic demand slows.

China’s refined oil exports are set to soar in 2020 amid persistent overcapacity, with an expected 170 million tons of refining capacity to sit idle, according to a China National Petroleum Corp. (CNPC) report.

China’s total refining capacity will grow by 27 million tons to reach 887 million tons in 2020, helping push exports up 18% to 64.5 million tons from last year’s 54.66 million tons, the CNPC Economics & Technology Research Institute (ETRI) said in a report on Monday, putting China on a path to overtake South Korea as the largest oil exporter in the Asia-Pacific region.

However, the report also predicts 170 million tons of that capacity will go unused, a 13.4% jump from 2019. And it is getting harder for Chinese refineries to make money from exports, despite demand in the Asia-Pacific region, said CNPC ETRI researcher Zhang Diqiu. Large-scale refineries in the Middle East and India will soon come online, aggravating intense competition in the oil market, Zhang noted.

The rise in excess capacity also comes as growth in domestic demand slows. China’s demand for refined oil will be about 393 million tons in 2020, the report predicts, dropping from 4.7% growth in 2019 to 2.3% this year. The deceleration is driven partially by government restrictions on car purchasing in large cities, promotion of electric vehicles, and a shift to cleaner energy in China’s economy, said the report. But demand for jet fuel is set to rise 8.7% to 42 million tons from a low base, after a number of new airports like Beijing Daxing International Airport are put into operation.

Continued growth of refining capacity is largely a function of local government support in an effort to boost economic development, said Wang Lining, head of oil market research at the CNPC ETRI. Companies should only be invested in when their products are profitable, but many private refiners’ profitability remains in question, he added.

Another factor contributing to increasingly severe overcapacity is refinery quality, said Jiang Xuefeng, CNPC ETRI vice president, noting that outdated and inefficient facilities have not been phased out. Central attempts to eliminate so-called “backwards” capacity have been met with resistance from powerful entrenched interests like the big three state-owned oil giants and local governments focused on protecting their own economies, so capacity may continue to expand despite Beijing’s best efforts.