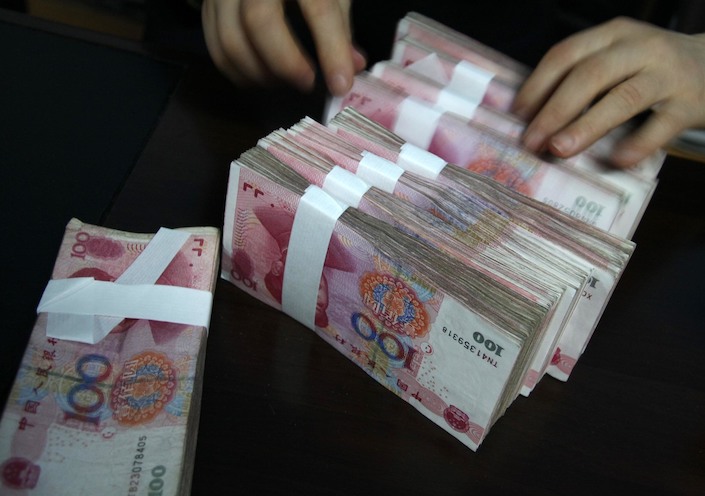 The China Banking and Insurance Regulatory Commission (CBIRC) is collecting feedback from major commercial banks on a set of draft rules for CMPs issued in late December. The rules would impose tougher requirements for CMPs’ pricing, duration and investment and would require banks to comply by the end of this year.

It is the latest step by regulators to tame financial risks amid an economic slowdown and is part of broader efforts to regulate the freewheeling asset management market.

The regulator is determined to put CMPs under stricter rules that are equivalent to those for money market funds, although lenders are pushing back for leniency, sources close to the matter told Caixin. The CBIRC didn’t reply to Caixin’s request for comment.

For instance, money market funds, overseen by the securities regulator, cap duration of their investments at an average 120 days while there’s no such time limit for CMPs. The draft rules set similar requirements.

The CMP business has been booming in recent years while banks’ broad wealth management business has come under stricter oversight. According to Everbright Securities, the outstanding value of banks’ CMPs currently stands at 4.5 trillion yuan ($653 billion) and nearly doubled over the past year. They accounted for 18.5% of banks’ off-balance sheet wealth management business at the end of November, according to CBIRC data.

Stricter regulation of CMPs will damp the burgeoning business of banks, analysts said. Lenders argued that CMPs are different from money market funds in terms of investors, marketing channels and taxation and demanded looser regulations.

Other bank staffers suggested that different levels of liquidity requirements should be applied to CMPs based on different investors in the products.

The draft rules also require banks to cap the share of CMPs in their total net assets of wealth management products and set aside enough risk provisions in line with money market fund rules. But bank sources argued that CMPs should not follow the same rules as money market funds reflecting the different risk management capacities of banks and fund managers.

Some bank executives said the tighter rules will have a big impact on the bond market and will create difficulties for company borrowing as 70% of CMPs are invested in bonds. Others said a longer transition period should be granted for banks to make adjustments.

But the regulator has stuck to its tightening direction to regulate CMPs and insisted the products should be ruled similarly to money market funds, sources close to the matter said. It is in line with the implementation of the sweeping new regulations for the entire asset management industry, they said.

The CBIRC is pressing banks to comply with new asset management rules by an end-of-2020 deadline set almost two years ago to contain risky shadow borrowing. Banks have complained of difficulties in meeting the deadline. Speculation rose recently that the regulator may give lenders more time to adapt to the new rules.