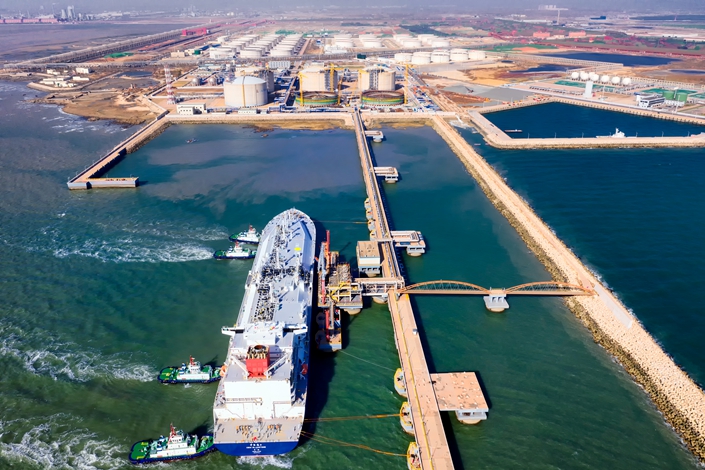 China produced more crude oil last year than in 2018, marking the first year-on-year growth in domestic production since 2015, data released on Friday by the National Bureau of Statistics show.

Overall, the country’s domestic production of fossil fuels fluctuated slightly over the course of 2019 (link in Chinese), while imports increased steadily over the year.

Crude oil throughput rose 13.6% year-on-year in December to 58.51 million tons, pushing the total amount of oil processed for the year to a record 650 million tons, up 7.6% from 2018. This was helped by a series of Sino-Saudi joint ventures in petroleum refining, storage and sales, including two new privately-owned refinery and petrochemical projects with a combined output capacity of 60 million tons.

Imports of the combustible black rock fell in December by 72.9% year-on-year to 2.77 million tons, but the full year’s imports rose 6.3% to 300 million tons.

Imports of natural gas rose 3.1% year-on-year to 9.51 million tons in December, bringing the full year volume to 96.56 million tons, up 6.9%. Gas began to flow that month through the first part of a pipeline connecting the gas fields of Siberia to eastern China, in a project which by 2024 is expected to carry some 38 billion cubic meters of the fossil fuel as far as Shanghai each year.