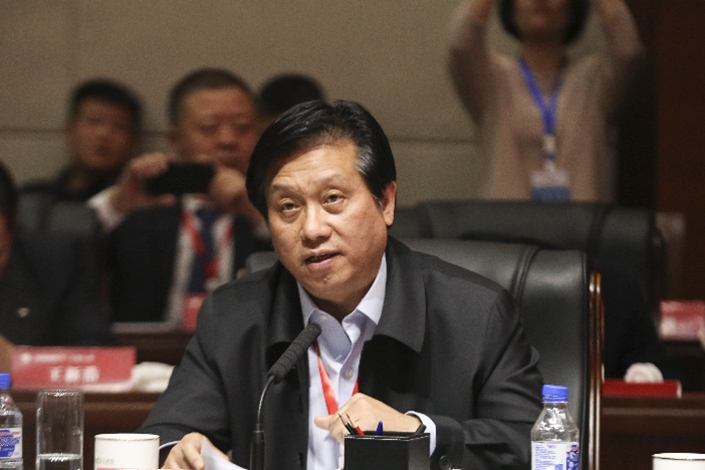 China’s sovereign wealth fund has chosen a new chairman of its supervisory board, filling a position that has been vacant for about two months, Caixin has learned.

Hu Hao, a senior executive vice president of Industrial and Commercial Bank of China Ltd. (ICBC) — the world’s largest bank by assets — will be officially made supervisory board chairman of China Investment Corp. (CIC) once regulators sign off, according to sources familiar with the matter.

The expected appointment will complement the sovereign wealth fund’s leadership team, which features Peng Chun as chairman and CEO and Ju Weimin as vice chairman and president.

Hu, 57, has worked for state-owned ICBC for more than 30 years. Since starting in 1984, he has held management roles in departments such as corporate loans, loan management and institutional banking. He served as president of Chinese Mercantile Bank, a wholly owned subsidiary of Hong Kong-based ICBC arm Industrial and Commercial Bank of China (Asia) Ltd. He was also once appointed a deputy head of the Construction and Administration Bureau of the South-North Water Diversion Middle Route Project.

In 2008, Hu was appointed general manager of ICBC’s international business department. In late 2015, China’s banking regulator signed off on his appointment as a senior executive vice president at ICBC.

Hu’s move to CIC will fill a vacancy left by Yang Guozhong, who went to ICBC in November to take over as chairman of the bank’s supervisory board.

CIC had disappointing investment performance in 2018 amid turbulence in global stock markets. The fund reported a 2.4% loss on overseas investments for the year, a turnaround from a 17.6% gain in 2017. The result still beat a benchmark used by multiple global sovereign wealth and pension funds by 3.7 percentage points, according to its 2018 annual report.