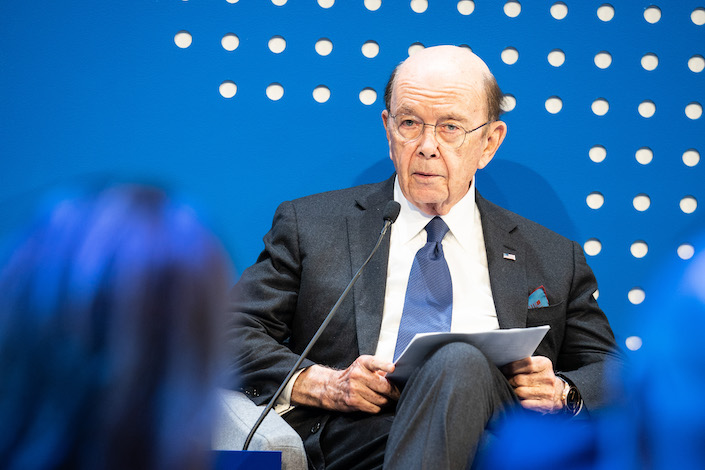 The U.S. followed China Thursday in assuring Europe that the phase one trade deal between the world’s two largest economies will not hurt European companies.

Wilbur Ross, the U.S. commerce secretary, and Steven Mnuchin, the U.S. treasury secretary, told reporters in a press conference during the World Economic Forum in Davos, Switzerland, that the U.S.-China accord is not aimed a Europe.

When asked about Europe’s worries, Ross said, “some of the impediments to Europe’s doing business in China have been removed” by the phase one deal.

“The things that have been made better include improvements related to technology transfer and counterfeiting, and all of that will benefit Europe as will benefit the U.S.,” Ross said.

“This is not an anti-Europe move,” he said, calling Europeans’ worries “unfounded.”

In the phase one agreement signed Jan. 15 in Washington, China agreed to prohibit the forcing or pressuring of foreign companies to transfer technology and step up actions to protect intellectual property.

The phase one deal is “not about replacing goods from the Europe to the U.S.,” Mnuchin said.

“China has a very large and growing middle class over 300 million people,” Mnuchin said. “This is really about reforms and opening-up in their economy to the U.S. and others.”

Chinese Vice Premier Han Zheng said Tuesday in Davos that China’s hundreds of billions of dollars of purchases of U.S. products under the phase one deal will be consistent with WTO’s nondiscrimination rules.

Han made the comment in response to growing concern in Europe that the U.S.-China accord could harm European businesses.

“China will purchase more U.S. products on the basis of WTO rules, market terms and commercial principles, which means the purchases will not affect the interests of other trade partners,” Han said. “We continue to welcome companies from all countries to compete on an equal footing in the big Chinese market.”