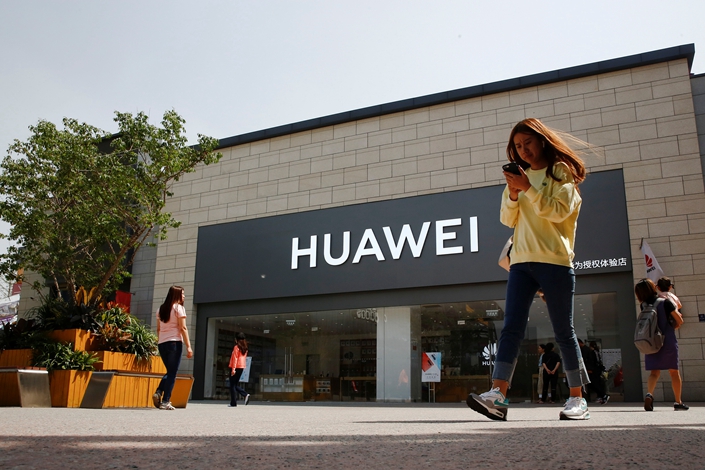 Huawei is a long-term client of the nation’s leading telecom operators, but its equipment has largely been kept out of core parts of the country’s mobile networks. Photo: VCG

The British government has given the green light to Huawei Technologies Co. Ltd. to build part of the country’s next generation 5G network, in a controversial decision that the Chinese company welcomed as “evidence-based.”

In a statement on Tuesday, the U.K. government skirted mentioning the Chinese company by making general reference to “high risk vendors.” Such vendors will be allowed to build the UK’s 5G mobile network, on condition that they are excluded from the core parts of the network, the statement said.

They will also be excluded from working on sensitive sites, such as nuclear facilities and military bases.

A 35% market cap will apply for such vendors, and that cap could be reduced should market conditions change in future, according to the statement.

The move is seen as a blow to the U.S. government, which has launched a global campaign to urge allies such as the U.K. to shun the Shenzhen-based company, citing concerns that its gear could be used to spy by the Chinese government.

Responding to the news, Huawei Vice President Victor Zhang said he was “reassured” that Britain would let the company keep working with carriers on 5G.

“This evidence-based decision will result in a more advanced, more secure and more cost-effective telecoms infrastructure that is fit for the future,” he said, making reference to Huawei’s more than 15 years supplying U.K. telecom operators.

Huawei is a long-term client of the nation’s leading telecom operators, including the three largest, BT, O2 and Vodafone, but its equipment has largely been kept out of core parts of the country’s mobile networks. Analysts expect the latest restriction placed on Huawei will have little impact on the company’s business in the country.

An industry expert told Caixin that while 5G network providers generate more profit from equipment for core parts such as servers, it is the non-core parts, such as base stations and antennas, which make up most of their total revenue.

The decision, taken by British Prime Minister Boris Johnson, came as little surprise, as hints of such a decision have been swirling for months. Johnson’s predecessor Theresa May made a similar decision last April, but it was deferred following her resignation amid a row over Brexit.

It’s seen as a compromise for the U.K., which has tried to maintain a balance between its relations with the U.S., its most important strategic ally, and China, its largest trading partner.

In a call with U.S. President Donald Trump, Prime Minister Johnson said he “underlined the importance of like-minded countries working together to diversify the market and break the dominance of a small number of companies,” his office said.