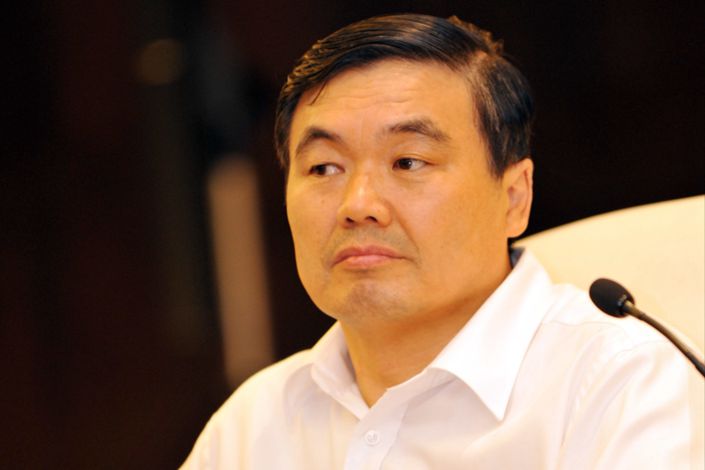 An arrest warrant has been issued for Hu Huaibang, a former chief of policy lender China Development Bank (CDB), who is under suspicion for taking bribes, the country’s top prosecutor said (link in Chinese) Thursday.

The arrest order comes half a year after the veteran banker was placed under investigation in one of the most notable anti-corruption cases in China’s financial sector in recent years.

Hu, 64, retired from his position as CDB chairman in September 2018 after working there for over five years. During his tenure, Hu used his position to help two former highflying giants — CEFC China Energy Co. Ltd. and HNA Group Co. Ltd. — obtain billions of dollars in dubious credit that helped fuel their meteoric rises, Caixin previously reported.

Hu helped CEFC during the energy giant’s years-long credit-driven expansion, sources with knowledge of the matter said. That expansion saw the previously little-known firm amass a wide array of assets worldwide, including in Europe, Asia, Africa and the Middle East. CEFC founder Ye Jianming has been under investigation since early 2018.

In a 2017 interview with Caixin, Ye said CDB’s support made CEFC stand out from other privately owned firms, underscoring that the company’s purpose was “to serve the state’s strategy.” However, that support left the policy lender exposed to heightened risks as CEFC has been dealing with a debt crisis in the wake of Ye’s downfall.

CDB’s loans to embattled aviation titan HNA have also raised eyebrows, as they grew quickly during Hu’s tenure, reaching around 80 billion yuan ($11.5 billion) at the end of 2018, a CDB source said.

Both CEFC and HNA are among a group of high-profile Chinese giants that accumulated billions of dollars in assets both at home and abroad in recent years. Many of them have been forced to sell off assets, as Beijing warned in mid-2017 of financial risks posed by their massive piles of debt.