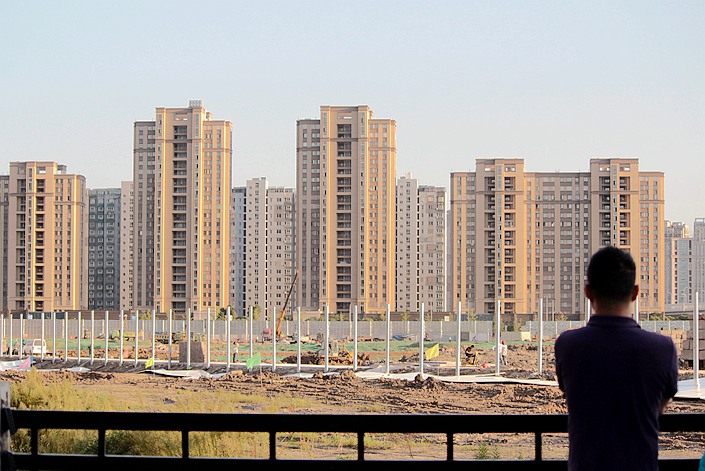 Banks in several Chinese cities have begun to loosen down payment requirements for home buyers and reduce mortgage rates as some local governments look to the property market to stimulate economies struggling to recover from the coronavirus epidemic.

Eight branches in three cities have lowered their down payment ratio for second homes, according to a survey by online financial service platform Rong360.com released on Thursday. The cities, which include the country’s private-enterprise capital Wenzhou, where property prices have slumped, have not been subject to administrative curbs on home purchases.

Six branches in four cities have cut the down payment ratio for first-time buyers. In Shanghai, for example, the ratio has been lowered to 30% from 35%, according to the Rong 360 survey, which was conducted from Feb. 20 to March 19 at 674 branches of 66 banks in 41 cities. Nevertheless, most bank branches are resisting pressure to cut down payment ratios and a few are even increasing the proportion buyers need to stump up, the survey shows.

Borrowing costs are also coming down in line with the drop in the national five-year loan prime rate, one of the new benchmark lending rates for banks, that was announced on Feb. 20. The average mortgage interest rate for a first-time buyer was 5.48% in the month through March 19, down from 5.52% in the previous period and the third consecutive month-on-month decline. The average rate for second-home buyers fell to 5.78% from 5.83%.

Property has been one of the key pillars of China’s economic growth over the past two decades as the government freed up the market and encouraged people to buy their own homes. But fears of a price bubble triggered a severe clampdown on the sector that started in October 2016, and the government has stood firm on its policy even in the face of slowing economic growth and more recently the coronavirus epidemic.

Sales reported by Chinese property developers plunged 38% in February compared with the same month a year earlier, based on the average from a list of the nation’s 100 largest companies compiled by real estate data provider CRIC. Real estate services activity is likely set to contract as sharply in the first quarter as it did during the depths of the global financial crisis in 2008 and 2009, economists with Capital Economics said in a research note Friday.

Some local governments had already attempted to loosen curbs to stimulate their economies, but most cities that tried subsequently backed down in the face of opposition from central authorities. Now, as policymakers try to revive the economy, which is expected to contract in the first quarter of 2020 for the first time since 1992, the spotlight has once again turned to the property market.

Some tentative steps have already been taken to ease the pain of property developers amid growing concerns that a prolonged negative impact on the real estate market would threaten local economic growth. Earlier this month, the Shenzhen government announced (link in Chinese) that developers could reopen showrooms for housing projects that already had pre-sale certificates, easing a restriction that was imposed to contain the spread of the virus.

But the central government has indicated that it is standing firm on its stance toward the property market and will not roll out any radical stimulus policy for the sector. Zhou Liang, vice chairman of the China Banking and Insurance Regulatory Commission, said (link in Chinese) at a press conference Sunday that it would resolutely implement the government’s policy that “houses are for living in not for speculation” and promote stable and healthy development of the real estate industry.

Even so, some cities that have been particularly hard hit by the virus are turning to the property market. In Wenzhou, a coastal city in eastern China renowned for its private entrepreneurship and private lending, branches of some major banks have allowed second-time buyers to put up 40% of the purchase price to get a mortgage, down from a previous requirement of 60%, according to Rong360’s survey. Staff at two separate branches confirmed the changes to Caixin. But the down payment ratio is still above the minimum 30% set by the central government in February 2016 for cities where administrative restrictions on buying were relatively light or non-existent.