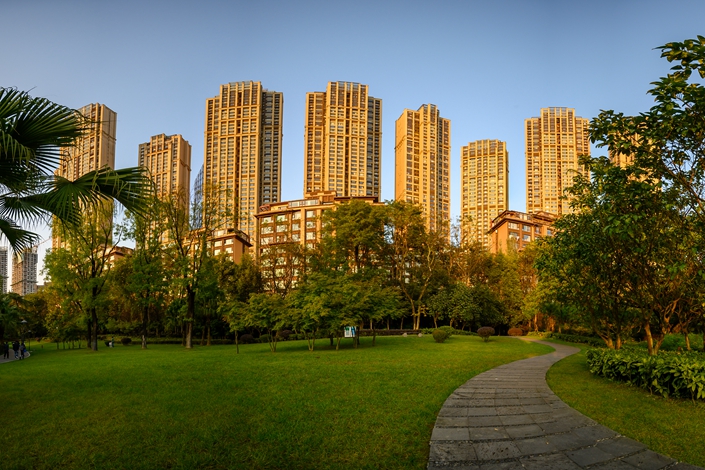 The government of a small Chinese county has decided to give its property sector a boost by handing cash to homebuyers, as the sluggish market has taken a toll on the local economy, a situation increasingly common in other small places.

People who buy new homes in the first half of this year in specific areas of Fushun county can apply for government subsidies of 200 yuan ($28.70) per square meter, the county government’s housing bureau said in a document (link in Chinese) on Monday. The county, noted for its salt industry, is administered by Zigong city in the southwestern province of Sichuan — in China, a city generally governs multiple county-level districts.

Fushun’s move comes as local governments have come under increasing pressure from the ongoing nationwide economic slowdown, which is due in part to, and in turn worsens, weak local property markets.

“(This is) the first shot fired to rescue the (real estate) market in 2020,” commented Yan Yuejin, a researcher with Shanghai-based property research institute E-House China R&D Institute, adding that other local governments could follow suit.

The Fushun government acknowledged that the county has seen significant downward pressure on its property sector, which has “severely constrained” growth in fixed-asset investment, a key driver of the local economy, according to a statement (link in Chinese) released by its statistics bureau in August. In the first half of last year, growth in the county’s real estate investment tumbled to 10.9% year-on-year from the 41.9% rise during the same period in 2018, the statement said.

The story is the same in many small and midsize cities. Since early 2019, growth in China’s property development investment has been on a downward trend, government data show. Growth in the country’s fixed-asset investment stood at 5.2% year-on-year in the first 11 months of the year, unchanged from the pace in the first 10 months, both marking the lowest level in almost 24 years.

Previously, several local governments, including those of Luzhou, another Sichuan city, and the Inner Mongolia autonomous region’s Baotou city, have also rolled out subsidies for new-home buyers. From October 2015 to March 2017, the Xuchang city government in the central province of Henan even handed out over 68 million yuan (link in Chinese) of such subsidies, which are roughly equivalent to 3.8 million yuan per month on average.

China’s once-red-hot real estate market reached a turning point in late 2016 after years of rapid growth, as multiple cities tightened property regulations in response to Beijing’s call to curb speculation and rein in soaring home prices, as well as to prevent a property bubble that could trigger turmoil in the country’s financial sector.

Even as the central government has allowed localities to implement varied property regulations based on differing local conditions — which economists say means some local governments have more discretion to slightly loosen tough restrictions on their real estate sectors — small cities still saw only tepid market trading, which has depressed property developers’ willingness to invest and dragged on local economies.

In 2018, Zigong’s GDP (link in Chinese) was slightly over 140 billion yuan, less than 5% of Beijing’s or Shanghai’s. In the first three quarters of last year, the city’s GDP growth dipped to 8.1% year-on-year, marking the third straight quarter of deceleration, official data show (link in Chinese).

In the third quarter of 2019, China’s economic growth slid to 6%, the weakest pace in almost three decades, amid sluggish domestic and global demand exacerbated by the trade war with the U.S.