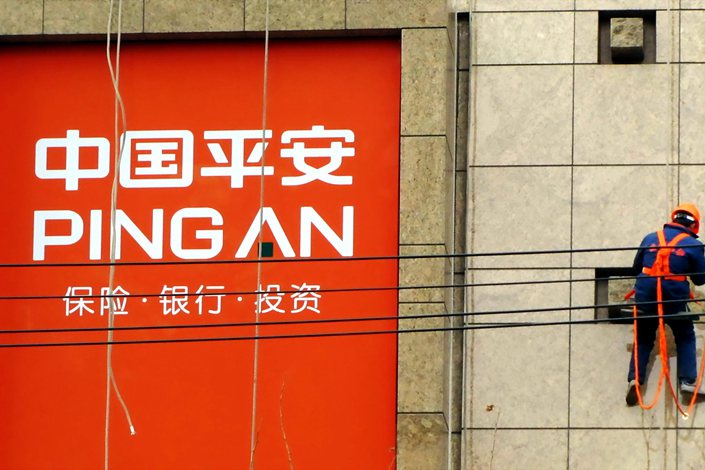 Ping An Consumer Finance’s largest shareholder is Ping An Insurance, which contributed 30% of its registered capital. Photo: VCG

The Shanghai branch of the country’s banking regulator has given the green light to Ping An Consumer Finance Co. Ltd. to start operation with a registered capital of 5 billion yuan ($708 million), according to a statement (link in Chinese) posted Thursday on the watchdog’s website.

The new company’s largest shareholder is Ping An Insurance, which contributed 30% of its registered capital. The other shareholders are all related to the financial giant — namely Harmonious Splendor Ltd., which owns a Ping An Insurance unit called Ping An Puhui Enterprise Management Co. Ltd., and two technology services companies that are linked to Lufax Holding Ltd., a peer-to-peer (P2P) lending company associated with Ping An Insurance.

Ping An Insurance’s move to establish a consumer finance company could be related to the transformation of Lufax, and Caixin has previously reported that the new company might take over some of Lufax’s P2P lending business.

In November, the banking watchdog gave Ping An Insurance approval to set up a consumer finance business. Shanghai-based Lufax had called time on P2P lending after a three-year campaign by financial regulators to rein in the industry in the wake of a string of scandals that left millions of investors nursing heavy losses.

Last year, provincial watchdogs that oversee platforms registered in their regions ordered the closure of dozens of companies that failed to comply with new, stricter operation requirements. Some platforms with sufficient capital and professional management capabilities have been encouraged to apply for licenses to branch out into consumer finance.

Ping An Consumer Finance will be able to tap into businesses including issuing personal consumption loans, accepting savings from shareholders’ domestic units, borrowing from domestic financial institutions and issuing bonds, according to the watchdog’s statement.

The new company is required to start operating within six months of receiving its business license, according to the statement.

At least one other major online lending platform is in the process of applying for a consumer finance license, sources with knowledge of the matter told Caixin.