By Guo Yingzhe and Shen Fan 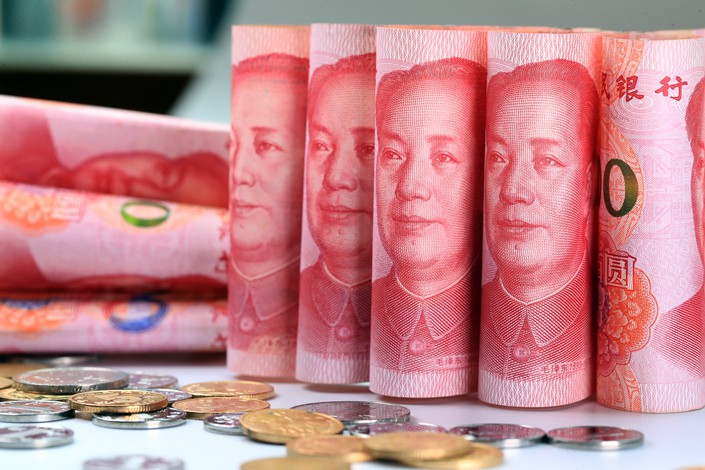 The sharp rise in government borrowing is being undertaken to support the economy and drive a recovery in growth after the coronavirus outbreak sent GDP crashing by 6.8% year-on-year in the first quarter. Photo: IC Photo

Top officials at China’s economic planning agency have defended the government’s decision to increase debt to help the economy recover from the Covid-19 pandemic, describing the move as necessary and offering reassurance that debt risks will be kept under control.

“Raising government debt level is a special measure for a special time,” Cong Liang, secretary general of the National Development and Reform Commission (NDRC), said at a briefing (link in Chinese) in Beijing on Sunday during the annual meeting of the National People’s Congress. The fiscal policy package is “consistent with the need to develop the economy and prevent debt risks,” he said. “Appropriately raising the budget deficit ratio and issuing special treasury bonds are not only feasible, but also safe and necessary.”

Cong’s comments follow Friday’s publication of the government’s draft budget for 2020 which shows a significant increase in debt as part of a policy package to support the economy through greater investment and more tax and fee cuts. Premier Li Keqiang told lawmakers the government plans to raise the fiscal deficit by about 1 trillion yuan ($140 billion) in 2020 to 3.76 trillion yuan. The deficit as a percentage of gross domestic product (GDP) will grow to more than 3.6% from last year’s 2.8%, exceeding the 3% threshold that policymakers have taken as an unofficial red line that must not be crossed.

The sharp rise in government borrowing is being undertaken to support the economy and drive a recovery in growth after the coronavirus outbreak sent GDP crashing by 6.8% year on year in the first quarter as investment, consumption and industrial output all slumped. The Politburo, the country’s top policymaking body has repeatedly pledged the government will conduct a more proactive fiscal policy and more flexible monetary policy and in March flagged a higher budget deficit and special treasury bonds among the weapons to fight the slowdown.

Many governments are raising their budget deficits substantially to combat the pandemic, Cong said, pointing to data from the International Monetary Fund (IMF) that show China’s deficit-to-GDP ratio is not high compared with other countries. The IMF projects the global average will jump to 9.9% in 2020 from 3.7% in 2019, with the average in developed economies expanding to 10.7% and in emerging economies to 9.1%.

Ning Jizhe, head of the National Bureau of Statistics and vice chairman of the NDRC, said at the same briefing that it was necessary for the authorities to boost investment using a reasonable amount of debt because this would generate a large amount of “efficient assets” which would lay a solid foundation for economic development and help ensure the security of people’s livelihoods.

The latest government data show that China’s total capital stock has exceeded 1,300 trillion yuan, Ning said. “These assets have not appeared out of thin air,” he said. “This capital formation has come after years of investment and development.”

Although China’s official budget deficit target is below the world average as shown by IMF data, the true deficit is greater if central government special treasury bonds and local government special-purpose bonds (SPBs), currently excluded from the calculation, are added in. The central government plans to sell 1 trillion yuan of “anti-virus” special treasury bonds to fund a stimulus and relief package, the first such issuance since 2007. Local governments will be allowed to raise about 3.75 trillion yuan from the sale of SPBs, up from 2.15 trillion yuan in 2019. The official deficit also omits spending funded by the sale of land-use rights or by other government-controlled funds, bonds sold by local government financing vehicles, and state capital in state-owned enterprises.