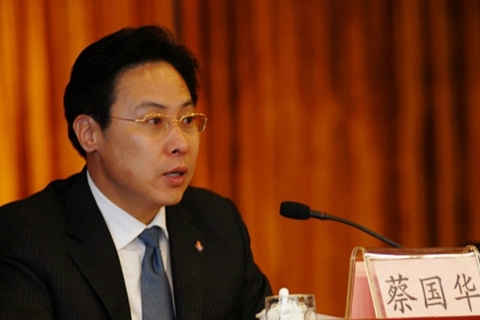 Cai Guohua, former chairman of joint stock lender Hengfeng Bank, will stand trial for his life starting Tuesday in Shandong on multiple allegations in the latest episode of a nearly three-year cleanup of the troubled bank.

Cai, 55, who was placed under investigation in November 2017, faces charges including abuse of power, corruption, embezzlement, bribery and illegal loan issuance, with illicit gains amounting 10.3 billion yuan ($1.45 billion). Penalties on conviction could include life in prison or execution. The trial is expected to last several days, Caixin learned.

Shandong province-based Hengfeng Bank Co. Ltd. was among several lenders that showed up on regulators’ radar amid a broad campaign to curb financial risks in the banking sector. In August, Hengfeng received official approval for a restructuring plan led by the provincial government to rescue the bank from the verge of collapse, following the takeover of Inner Mongolia-based Baoshang Bank Co. Ltd. and the rescue of Liaoning-based Bank of Jinzhou Co. Ltd.

Hengfeng, one of China’s 12 national commercial banks, ran into trouble in 2016 when several news publications reported that an unnamed whistleblower accused the banks’ top executives including Cai of misappropriating millions of yuan.

A Caixin investigation in late 2016 found that bank executives sought to use several companies to shield their control of the bank through complex shareholding structures and in the process embezzled billions of yuan.

Cai, who became chairman of the bank at the end of 2013, followed in the footsteps of his predecessor Jiang Xiyun to become a target of corruption investigation. Cai was removed from the post in April 2018 amid the probe. Jiang, Hengfeng’s chairman between 2008 and 2013, was sentenced to death in December for receiving bribes and for illegal accounting practices, with a two-year reprieve.

Cai was originally scheduled to stand trial in January. But the trial was postponed as prosecutors added the charge of illegal loan issuance, and it was further delayed by the Covid-19 pandemic.

According to court files, prosecutors accused Cai of abusing his power as chairman to promote irregular incentives to employees that caused nearly 900 million yuan of losses for the bank. Cai also allegedly embezzled 10.2 million yuan from the bank and transferred an additional 4.8 billion yuan of the bank’s funds to his personal business.

In addition, Cai was accused of accepting bribes from companies and individuals in exchange for favorable loans and illegally issuing 3.5 billion yuan of credit to an unqualified borrower.

Hengfeng Bank had 1.2 trillion yuan in total assets at the end of 2016, according to its annual report for the same year, the most recent one it released. Hengfeng Bank has devalued its net assets and downsized its departments to clean up bad assets and reorder its shareholding structure.