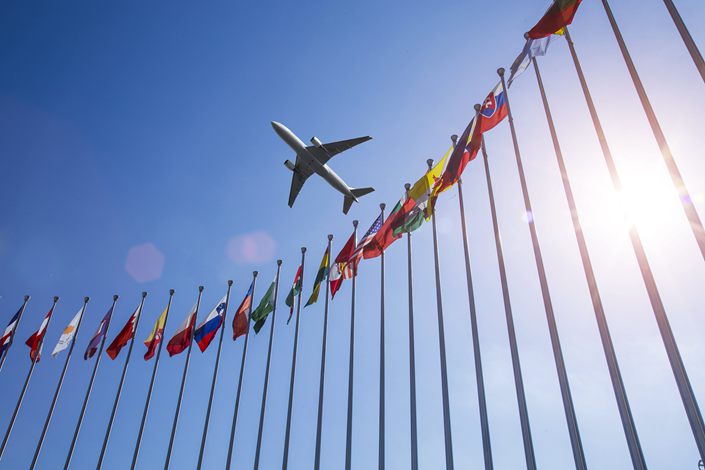 Recently, China Securities Regulatory Commission (CSRC) Chairman Yi Huiman gave an interview to Caixin in which he explained his views on China opening its capital markets to the outside world and cross-border regulatory collaboration with the United States.

He said the CSRC places great emphasis on cross-border collaboration and will always remain open and cooperative, adding that the commission continues to uphold the fundamental principles of abiding by international convention, displaying mutual respect, developing effective communication, and seeking mutual trust and common benefits, in order to steadily promote high-level opening of capital markets.

At a time when shrill voices speak of Sino-American “decoupling,” Yi’s remarks are a positive signal that China and the U.S. still have room to explore cooperative relationships. Although disagreements abound, the world’s two largest economies must come together, work through their differences, actively uphold cooperation and prevent decoupling from becoming reality.

In recent weeks, the Luckin Coffee scandal, in which the Nasdaq-listed Chinese Starbucks challenger was embroiled in a $310 million financial reporting fraud, has continued to percolate. Strengthening cross-border regulatory collaboration has become a matter of urgency for both China and the U.S.

For many years, the CSRC and its American counterparts — the U.S. Securities and Exchange Commission (SEC) and the U.S. Public Company Accounting Oversight Board (PCAOB) — have cultivated lines of communication. There have been some cases of cooperation, and even the provision of audit working papers hasn’t been off-limits. Yi said that despite the noise coming from the U.S. on a political level, the CSRC has continued to strengthen collaboration with the SEC in the same way as before.

We believe this is as it should be. Cross-border regulatory collaboration on securities crimes is an economic and legal issue, and the two sides mustn’t let their strained relationship politicize it.

Cross-border regulatory collaboration on securities also illustrates how we can avoid Sino-U.S. decoupling. What ultimately happens hinges on how the two countries work together (or not) — which is to say, decoupling is an effect of our current troubles, not a cause of them. We can avoid it as long as both sides do what they can to deescalate the situation and stop undermining each other.

The rapport between Beijing and Washington is the most important bilateral relationship in the contemporary world. For more than 40 years, the two nations have continued to deepen their bonds despite no shortage of twists and turns. This has brought great benefit to both countries and to the world as a whole.

In recent years, amid the rise of protectionism and anti-globalization, Sino-U.S. relations have risked falling into the so-called “Thucydides trap.” Traditional spheres of cooperation like combatting climate change, preventing nuclear proliferation and fighting terrorism have faded from the picture.

Meanwhile, since the outbreak of the trade war, the business connections giving the relationship much-needed ballast have also shriveled. The U.S. has more readily initiated squabbles over technological collaboration and overseas Chinese students, helping to bring relations to their lowest level since the normalization of diplomatic ties.

Faced with this situation, some say decoupling is practically inevitable, while others say it is impossible. Undeniably, decoupling is currently a real risk, but sensible people on both sides must not allow things to drift. Instead, we should work to uphold the broader picture of collaboration and prevent decoupling from becoming a self-fulfilling prophecy.

We must be particularly careful not to politicize the economic relationship or even deploy nationalist sentiment to advance narrow private interests, destroy rules and norms, or impact legitimate cooperation that needs to be protected. Those calling for decoupling must ask themselves how large a price they’re willing to pay for it — and even if both sides can afford to pay it, is it even necessary?

Avoiding decoupling serves the interests of both China and the United States, as well as their citizens. As the two largest economies in the world, both countries have a huge number of common trade and financial interests, as well as a need to collaborate on global and regional issues. If only the two sides adhere to international rules and norms, there is no shortage of space for Sino-U.S. cooperation.

We can start from areas where our differences are comparatively easy to resolve. This year, China’s steady opening of its capital markets has proceeded apace despite the coronavirus pandemic and friction in the Sino-U.S. relationship. Of course, Covid-19 has had a severe economic impact, but China is still actively implementing the phase one trade deal it signed with the United States.

These can form the basis for further collaboration. The two countries must closely analyze their relationship and address each point of difference on its own terms. As far as possible, we must prevent issues in one area from bleeding into other aspects of the relationship, causing a chain reaction that could result in wholesale decoupling and a descent into zero-sum political wrangling.

Controlling our differences and avoiding decoupling requires wisdom. Despite the recent overbearing attitudes of the Americans, the U.S., as an open society, holds a historically consistent position and a diverse set of interests. When its government appears riven by internal divisions, these fundamental interests determine whether individual concerns can become national policy.

The upcoming American election is a sensitive time in which all interested parties will play the so-called “China card” and try to draw attention — and votes — through extreme rhetoric. The incumbent, Donald Trump, is particularly given to signaling distaste for China. While the unfriendly remarks can sound extremely piercing, the Chinese side doesn’t need to respond by giving undue airplay to excessively hawkish experts. That would only excite public opinion and restrict our space for mediation.

Instead, we need to remain steady, uphold our bottom lines, and expound and protect our core interests, without allowing them to become diffuse and vague.

In the last few years, the domestic environment in many countries has undergone significant change. The coronavirus pandemic is accelerating these changes, with unpredictable results. The awe-inspiring momentum of the Black Lives Matter movement shows that the United States also finds itself in a period of social transition.

For China, the best policy response is to continue deepening reform and expanding opening, while actively promoting multilateralism. Our key priority is to accelerate the recovery and further development of our economy, reach an investment agreement with the European Union as quickly as possible, and proactively research the possibility of joining the CPTPP. Currently, the most urgent point of cooperation between China and the U.S. is the fight against Covid-19, including but not limited to developing communication about our experiences and the research and development of potential vaccines and other treatments.

The recent meeting of Yang Jiechi and Mike Pompeo in Hawaii signals that both China and the U.S. are maintaining lines of communication. In a written address at the 2020 Lujiazui Forum in Shanghai, Chinese Vice Premier Liu He said: “China will remain unswervingly resolute in deepening reform and expanding opening, accelerating the enactment and implementation of policies that reform and open our financial markets, and protect the legal rights and interests of foreign businesses in China. We must create the right conditions and environment, rule out interference, and commonly implement the China-U.S. phase one trade deal.”

This is a strong boost for globalization and a rebuttal to those calling for China and the U.S. to decouple.