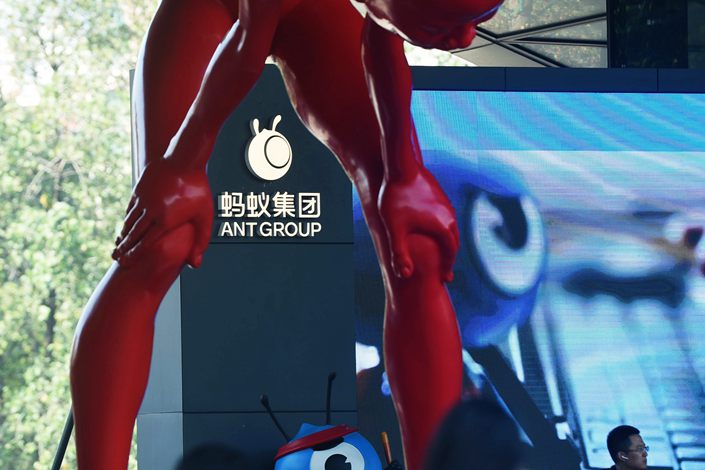 What a difference a week makes. After shaping up as the “Ant that roared” for much of the last few months, fintech giant Ant Group took up residence in the investor doghouse with the sudden scrapping of its massive IPO. While Ant was scurrying for cover, Chinese netizens were flocking in droves to the internet to discuss the U.S. election, with the hashtag “U.S. presidential election” (#美国大选#) racking up a mind-boggling 7 billion views on the Twitter-like Weibo. And the woes continue in China’s corporate debt realm, with two major state-owned entities failing to honor pledges to buy back their bonds.

If our top story last week was “the Ant that roared,” then the sequel this week was “the Ant that got squashed.” Here are links to our main story, as well as a next-day analysis. But a quick search on our website for “Ant” should return plenty of coverage for readers who can’t get enough of the rise and stall of this Alibaba-backed company.

And speaking of getting squashed, I’d recommend this interesting yarn about a lawyer who’s appealing a 10 year jail sentence for helping out a group of organized crooks in Southwestern Yunnan province. Xia Yunfei’s argument? “I was unaware of the group’s activities.”

China has plenty at stake in the U.S. presidential election, though Beijing has kept mostly quiet in line with its policy of noninterference in other countries’ affairs. But that didn’t stop Chinese netizens from buzzing about the Trump vs. Biden race, including quite a range of views that might surprise you.

And if internet buzz isn’t your thing, I’d recommend this more buttoned-down opinion explaining how in many ways it doesn’t matter whether Trump or Biden wins the election.

Opinion: China and the U.S. Will Still Be at Odds Regardless of Whether Trump or Biden Wins

Speaking of presidents, China’s own President Xi Jinping made headlines by predicting solid growth in China’s imports over the next decade. Those in the know can probably guess where his comments were delivered: at the opening of the nation’s annual import extravaganza trade show, formally known as the China International Import Expo in Shanghai.

Xi Jinping Says Imports Will Grow Over the Next Decade

It seems that promises aren’t even worth the breath they’re uttered with, at least not when they’re coming from debt-ridden state-owned entities pledging to buy back their bonds. This week we have not one, but two cases of major promises being broken by such entities, one connected to the prestigious Tsinghua University.

And lest we go a week without a good corruption story, I encourage readers to take a look at this tale that charts the path of a wayward official who worked his way up from securities regulator to the powerful Communist Party chief of the southern Hainan island province.

And Finally, Bet You Didn’t Realize…

Most of us probably thought China’s leading engineering feat, the Three Gorges Dam, was completed years ago and has been helping manage the waters of the Yangtze River ever since. But it seems this $30 billion modern wonder has only just now been declared done, which readers can see in this latest photo essay from a number of angles.