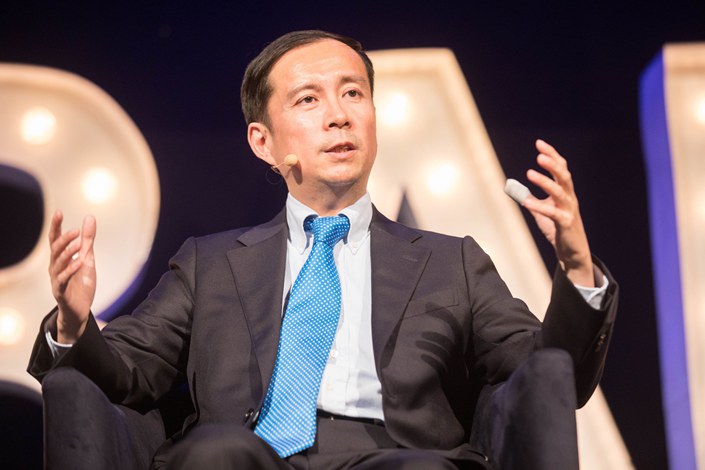 U.S. markets may have slowed this week as America observed Thanksgiving, but the beat marched on in China with the latest developments in the country’s corporate bond meltdown. This time Beijing warned of “zero tolerance” for the growing tide of state-owned deadbeats, hinting that local governments could be held accountable for future defaults. Meantime, early signals are emerging for what China hopes will be improving U.S. relations under the new administration of President-elect Joe Biden. And in case anyone was wondering, there are officially no more poor people in China — at least according to government officials, as they wrap an eight-year campaign to wipe out extreme poverty.

This week’s top story continues to be the ongoing wave of corporate bond defaults that are making markets jittery. We look at the bigger picture in our weekly cover story, and whether the days of government rescues of big state-owned enterprises might be over.

But lest anyone think the government is moving to a completely hands-off approach, the nation’s financial watchdog may be signaling that enough is enough and companies need to think twice before bilking investors.

As if to re-enforce that message, the coal company that made headlines with its surprise default two weeks ago now seems to be signaling that all it needs is a little more time to repay its debts.

Chinese President Xi Jinping broke his long silence this week by finally congratulating Joe Biden on being elected as the next U.S. president. But while his congratulations offered mostly the usual talk of hopes for a win-win relationship based on mutual respect, a New York Times commentary by a senior Chinese diplomat offered more insight for what China may want to achieve under the new administration.

Despite a rocky landscape outside its walls, things were far rosier within China itself, where the country patted itself on the back by declaring success for an eight-year campaign to eradicate extreme poverty.

Following the spectacular collapse of Ant Group’s IPO three weeks ago amid tensions between Jack Ma and Beijing regulators, Ma’s softer-spoken understudy, Alibaba Chairman Daniel Zhang, stepped in to try and mop up the mess, in what could become a recurring pattern.

And more signals that Ant was picking up the pieces and moving on emerged with news that the fintech giant got government clearance to raise big bucks by selling asset-backed securities.

Elsewhere on the Chinese internet, I encourage everyone to read up on the latest scourge plaguing the country’s livestreaming sector, and what appears to be a major crackdown shaping up.

China may be officially clamping down on the fakes, but this item from our “Trending” series shows that many consumers still see nothing wrong with buying counterfeit brand goods online. In this case it was imitation sneakers being churned out in the southern coastal city of Putian that became the center of attention among Chinese web surfers on Weibo.

Trending in China: Social Media Comes Out in Support of High Quality Fakes