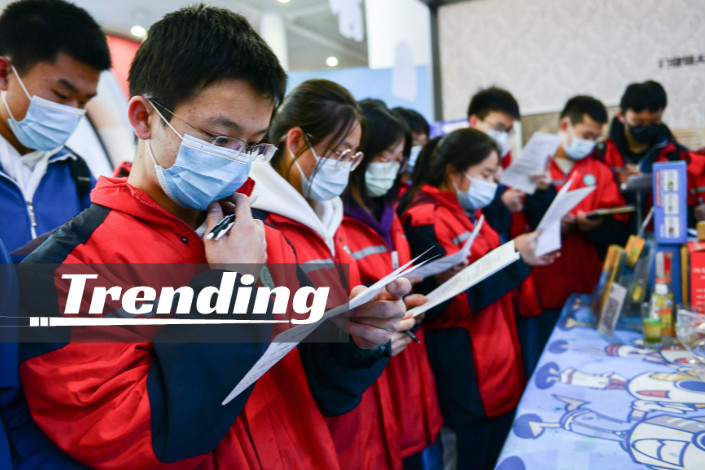 A local education bureau in Hangzhou, a city in the southeastern China, has issued new rules aimed at prohibiting schools from sharing students’ grades and rankings in public via WeChat groups that include teachers and parents.

The new policy has stirred debate on Weibo over the subtle balance between protecting children’s privacy and motivating them.

The education bureau of Binjiang District in Hangzhou has proposed a range of measures to improve communication and behavior within parent-teacher WeChat groups.

A new policy that has caught the attention of China’s social media is the suggestion that teachers should prioritize students' privacy and should not publish either students’ grades or performance rankings, or compare their performance with other students.

Although the new policy only extends to WeChat groups, the wider issues it raises have gone viral.

Since China’s education system relies on performance in high school and college entrance exams, many people worry that if the grades and rankings are not made public, students will be overprotected, which may prove harmful to them in the long-run. “Is it really good for students not to announce their grades and compare themselves to others? Those who have not felt competition and setbacks since childhood are like flowers in the greenhouse: they are very pretty but can’t stand the storm and have no tenacious vitality,” read one comment.

However, some people have suggested a possible compromise. “Why not imitate foreign universities? Inform students of their own grades, the average grade of the class, and the distribution of everyone's grades instead of letting everyone know which name each grade corresponds to. Therefore, they can know the gap between themselves and others in a safe setting,” read another comment on Weibo that received more than 5,000 likes.