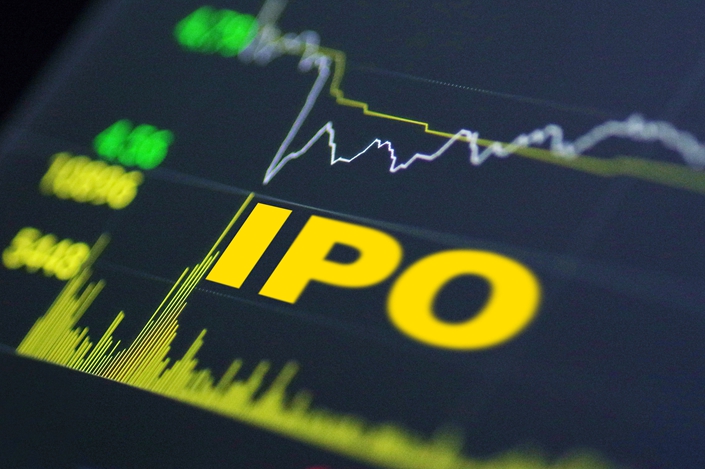 The abrupt suspension of fintech giant Ant Group Co. Ltd.’s record-breaking IPO in November fueled debate about the shortcomings of the new system for evaluating and approving listings on Chinese mainland stock markets. It’s also accelerated a shift that was already underway to tighten supervision of IPO applications.

The registration-based IPO system, which had been under discussion for years, was introduced last year for listings on Shanghai’s new Nasdaq-style science and technology innovation board, the STAR Market, and was rolled out in August to Shenzhen’s ChiNext exchange for startups.

Two IPO applications have recently been rejected outright by the STAR Market — one in September and one in November. Of the eight applications that have been suspended this year, three took place in November, including Ant Group. In November, ChiNext rejected an application from a Jiangsu-based software developer, the first such decision since the decade-old board revamped its listing regime in August to allow registration-based IPOs.

Financial regulators will be watching out for “too big to fail” fintech companies, Guo Shuqing, Communist Party chief of the People’s Bank of China, said in a video speech delivered to the 2020 Singapore FinTech Festival.

“The micropayment market is dominated by a few tech companies," Guo said in the text of the speech posted to the website of the China Banking and Insurance Regulatory Commission, of which he is also chairman. "They have the feature of being key financial infrastructure with public interest at stake. Besides, some Big Techs operate cross-sector businesses, with financial and technology activities under one roof. It is necessary to closely follow the spillover of those complex risks.”

China is so hungry for soybeans that it has started buying U.S. supplies from next year’s crop much earlier than usual.

The world’s top importer has been picking up American cargoes over the past week, according to people familiar with the matter who asked not to be identified because the trades are private. While buyers bought fewer than five cargoes, purchases came earlier than the usual end of the first quarter

China is loading up on U.S. crops from corn to soybeans to feed a hog population that’s recovering from African swine fever, a deadly pig disease, much faster than traders and analysts expected. The Asian nation’s economy is also recovering from the coronavirus pandemic, helping boost demand for food.

Two veteran wealth managers at state-owned Industrial and Commercial Bank of China (ICBC) were arrested and taken away in handcuffs from work Friday in Beijing, Caixin learned from multiple sources.

Those arrested were Li Chao, investment manager at the fixed income department at ICBC’s newly established wealth management unit, and Yi Chongbin, deputy director at the trading division of the unit. ICBC hasn’t commented. The reasons for their detention weren’t known. Li and Yi, ICBC veterans, transferred from the bank’s asset management department to the wealth management products (WMPs) unit.

China foreign reserves at highest since 2016 as trade booms

China’s foreign exchange reserves rose by more than $50 billion in November to the highest since August 2016, boosted by the weaker dollar and a trade surplus at record highs.

Reserves gained for the first time in three months, reaching $3.18 trillion at the end of November, the People’s Bank of China said Monday. The value of gold assets declined to $110.4 billion. China’s foreign exchange market is expected to be basically stable, the State Administration of Foreign Exchange (SAFE) said in a separate statement. The reserves rose mainly because of changing exchange rates and asset prices, SAFE spokesman Wang Chunying said in a statement, noting that the dollar index had fallen and nondollar currencies rose in general.

The debut capped a strong performance for the stock, which was priced at HK$70.58 ($9.11), the top of its IPO range. The stock immediately jumped more than 30% when trading began Tuesday in Hong Kong and was up as much as 70% late in the day before giving back some gains to end up 56% at HK$110. The company raised $3.5 billion, making it the largest new listing this year by a health-care company in Asia.

“The strong performance of the IPO looks like a real shot in the arm for weak sentiment after the Ant IPO hangover,” said one analyst at a mid-sized brokerage, referring to the 11th-hour collapse last month of what was expected to be the world’s biggest IPO by Alibaba affiliate Ant Group.

A public restroom in South China that installed a toilet paper dispenser equipped with facial recognition technology removed the device after a public backlash.

The high-tech lavatory in the city of Dongguan used a machine that scanned and analyzed people’s faces before providing them with a prescribed amount of paper.

Authorities claimed that the technology reduced waste, but many users said it was an invasion of privacy.

A Chinese smartphone maker secretly infected its customers’ phones with malware to make millions of yuan in ill-gotten gains, a court found.

A company under bankrupt smartphone-maker Gionee Communication Equipment Co. Ltd. installed Trojan horse software on tens of millions of Gionee-made smartphones in an effort to boost traffic for third-party apps, according to a verdict (link in Chinese) issued Nov. 30 by a local court in Yiwu, East China’s Zhejiang province.