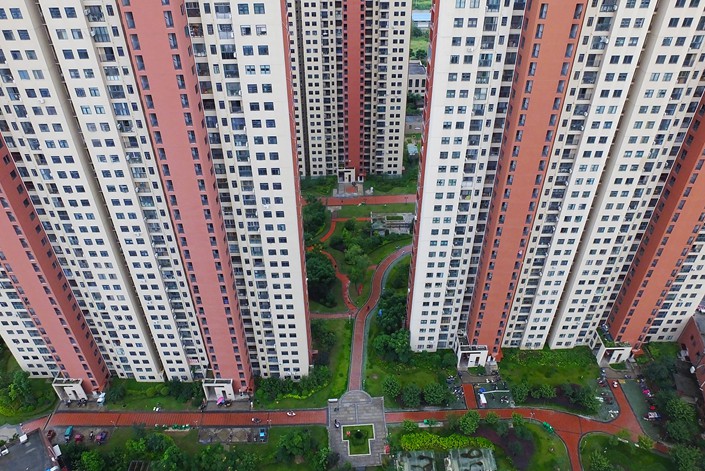 Economists see more positives in China’s relations with the U.S. in 2021.

After a rollercoaster 2020 that saw the Chinese economy shrink for the first time in decades as the Covid-19 pandemic struck, analysts with overseas investment banks are bullish on the country’s prospects for 2021.

Most expect a vigorous rebound in economic growth, driven by a continued recovery in domestic consumption, stronger global demand that will boost exports, and a ratcheting down of tensions with the U.S. after Joe Biden takes over as president. They also see the government rolling back some of the easing policies implemented in 2020 to cushion the economy from the impact of the coronavirus, lowering the size of the fiscal deficit as a proportion of GDP, and tightening monetary policy, although the majority of economists say there’s unlikely to be a hike in interest rates.

“Beijing will continue to tighten on the margin in the coming months as China is on track to a double-digit yoy (year-on-year) growth” in the first quarter, Larry Hu, head of Greater China economics at Macquarie Capital Ltd., wrote in a Dec. 11 report. “Stimulus exit could happen in four areas: credit, liquidity, fiscal and property.”

China will build on the improvement seen in the second half of 2020 as the country shakes off the brutal impact of the coronavirus. GDP dropped 6.8% year-on-year in the first quarter of this year, the first quarterly contraction since the data series began in 1992. Set against that weak comparison, the January-March period in 2021 will see a surge in growth, with estimates ranging from 15% to 18%, according to forecasts in analysts’ reports seen by Caixin.

The pace of expansion will then slow as year-earlier comparisons improve, moderating in the second half of the year, with estimates for full-year GDP growth ranging from 8% to 10%. That compares with a consensus forecast of 2% for full year 2020, which would be the weakest official readout since 1976.

Helen Qiao, chief Greater China economist at Bank of America Corp., is at the top end of the range of forecasts for first-quarter GDP growth, estimating a jump of 18% year-on-year. She expects the pace to gradually slow to around 6.6% in the second quarter and between 5.5% and 6% in the last two quarters of the year.

Domestic consumption and exports will be the main pillars supporting growth in 2021, economists say.

Bank of America sees consumption expanding 9.1% in 2021, while Citigroup Inc. sees retail sales surging 16.5%, the most in a decade.

“The launch of Covid-19 vaccines, the recovery of the labor market and income growth, and the implementation of policies supporting various sectors will help promote consumption,” Liu Li-Gang, chief China economist at Citigroup, told Caixin. “Consumption will be China’s main growth engine in 2021.”

China’s exports will increase by 11% to 12% next year as global growth recovers from the pandemic-induced recession, with demand for non-Covid-related products recovering to offset possible declines in exports of medical supplies, according to Wang Tao, chief China economist at UBS Investment Bank. China’s exports in the first 11 months of the year rose by 3.7%, recovering from a 13.3% decline in the first quarter.

Most economists with foreign banks expect China to gradually tighten monetary and fiscal policy as the economy recovers which will include weaker credit expansion and a decline in the fiscal deficit as a proportion of GDP.

“China’s growth is reaching its potential level of 5-6%, and conditions appear ripe for policy normalization,” Standard Chartered Bank economists led by Ding Shuang wrote in a Dec. 8 report. “We expect China to embark on fiscal consolidation after implementing a highly expansionary fiscal policy in 2020 … Deleveraging, or stabilizing the macro leverage ratio, is back on the policy agenda after this year’s credit surge.”

The challenge is how to taper post-pandemic stimulus without disrupting economic normalization amid “policy exit mode,” they wrote.

The budget deficit is likely to be lowered to slightly below 3% of GDP in 2021 from a target of 3.6% in 2020, Ding, chief Greater China economist at Standard Chartered Bank, said in a Tuesday conference call. Growth in total social financing, China’s broadest measure of liquidity and credit, will shrink to the pre-pandemic level of 10% to 11%, down from 13.6% as of November, he said.

While the majority of economists say they don’t expect the People’s Bank of China (PBOC) to raise interest rates in 2021, London-based research firm Capital Economics Ltd. is among the minority forecasting an increase.

“[W]e think the PBOC will start to hike the rates on its lending facilities,” economists Mark Williams and Julian Evans-Pritchard wrote in a Dec. 4 report. “Some argue that low consumer price inflation will keep the PBOC from tightening policy. But the PBOC has already allowed market interbank rates to more than reverse their decline earlier in the year. So modest policy rate hikes would largely just be formalizing a shift in monetary conditions that has already happened.”

Wang from UBS also sees the possibility of the central bank increasing rates on repurchase agreements and loans to banks through the medium-term lending facility by five basis points in the second half of the year.

Economists see more positives in China’s relations with the U.S. in 2021. The economy has been under pressure over the past four years from the trade war started by U.S. President Donald Trump after he took office in January 2017. With Democrat Joe Biden set to become the next president in January 2021, most analysts expect some easing of tensions as relations with Beijing are dealt with in a more conventional and predictable manner. Even so, most say the overall stance of the new administration toward China is likely to remain tough.