By Liang Hong and Luo Meihan 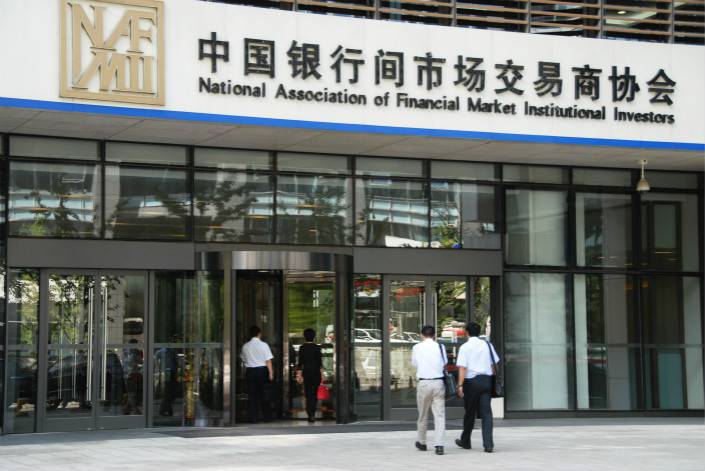 Violations included failing to adequately ensure the quality of due diligence and further verify Yongcheng Coal and Electricity Holding Group Co. Ltd.’s independence or anomalies in its cash, NAFMII said.

To date, NAFMII has disciplined two bond issuers, seven financial institutions, an auditor and a credit ratings firm for misconduct behind the Yongcheng Coal default.

The two issuers — Yongcheng Coal and its state-owned parent, Henan Energy and Chemical Industry Group Co. Ltd. — had little awareness of information disclosure and compliance, while the intermediaries failed to adequately act as gatekeepers, NAFMII said in a statement (link in Chinese).

The issuers failed to disclose accurate and complete information on bond sales or some asset transfers, and the parent company bought its own and its subsidiaries’ bonds, which led to a breakdown in market order, NAFMII said Thursday. Both of them were banned from bond sales for more than half a year.

In addition to the three banks singled out for criticism on Friday, four financial institutions that facilitated Yongcheng Coal’s illegal structured bond sales received warnings from the bond regulator earlier this month and were told to rectify wrongdoings.

Using fund accounts at various companies including Donghai Fund Management Co. Ltd., Haitong Securities Co. Ltd. and two of its subsidiaries helped bond issuers buy a portion of their own offerings and trade the bonds they issued, Caixin previously reported.

As a self-regulatory organization, NAFMII said (link in Chinese) it has sent evidence collected in the cases to the People’s Bank of China and China’s top securities and banking regulators, which will likely issue penalties to the companies.

In December, the central bank and other financial regulators pledged to deepen reforms in the country’s bond market and strengthen law enforcement amid a rising wave of defaults, echoing top policymakers’ call to improve the rule of law in bond markets.