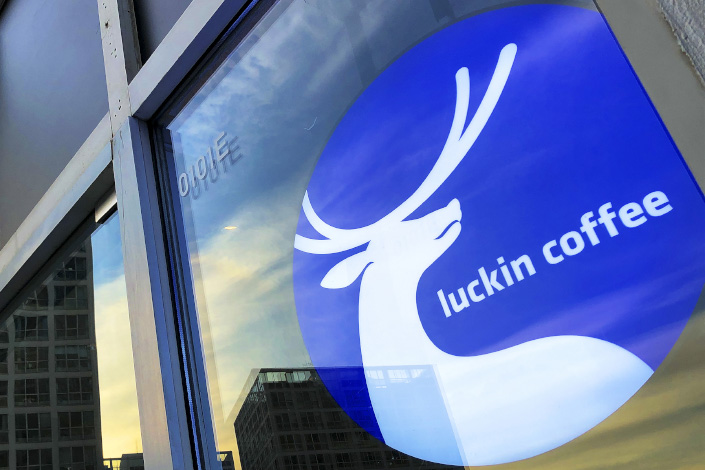 Disgraced coffee chain Luckin Coffee Inc., whose fraud scandal sent a shockwave through markets last year, is back in business to resume the franchise plan that it reportedly halted last year.

The embattled company, which was delisted from the Nasdaq Index in June, said Monday in a social media post (link in Chinese) that it was launching a “new retail partner” recruitment plan, which is essentially a franchise plan.

The company said that entities joining the new program did not have to pay a franchise fee, but needed to set aside about 350,000 yuan to 370,000 yuan ($57,000) for equipment, store renovations and deposits to start up, according to a proposal accompanying the post.

However, an online form showed the franchise plan is only open to applicants from 22 provinces and autonomous regions and is not being promoted in major cities such as Beijing and Shanghai.

Luckin’s move to franchise more stores is evidence of attempts to get back on its feet after the financial scandal torpedoed its ambitions to challenge Starbucks with a new business model that relied heavily on subsidies.

The Chinese coffee chain has been embroiled in a financial reporting fraud investigation since it disclosed in April that nearly half the revenue, 2.2 billion yuan, it posted for the last three quarters of 2019 was fake. In June, it was delisted from the Nasdaq over failure to meet listing rules.

The company entered bankruptcy restructuring after a court in the Cayman Islands, where it is registered, appointed two joint provisional liquidators in July to oversee the effort and negotiate with creditors to salvage its business.

The scandal hit Luckin hard with penalties and debts, forcing it to close a large number of stores in China. From January to November last year, it shuttered 1,021 stores in the country while opening 412 new ones, according to a report submitted by the company’s liquidators to the Cayman Islands court.

It was operating 3,898 stores across China by end of November and is set to increase the number to more than 4,800 by 2023, the submission showed. In addition to self-run shops, Luckin also had 894 franchise stores.

The Luckin scandal added to the backlash from American regulators and politicians against U.S.-listed Chinese companies. In May, the U.S. Senate passed a bill prohibiting the listing of companies that don’t comply with U.S. financial transparency requirements. The bill was signed by President Trump in December after it received approval by Congress.

An internal power struggle has bubbled away since the company first confirmed the fraud in April 2019, only occasionally coming into public view, as it did earlier this month when a group of managers demanded the board sack CEO Guo Jinyi and launch an investigation into his conduct, accusing him of cronyism and incompetence.

Guo hit back at his accusers, claiming that the demand was the work of his disgraced predecessor and company co-founder, Lu Zhengyao, who was previously fined by the State Administration for Market Regulation for violating disclosure rules.

Han Wei and Anniek Bao contributed to this report.