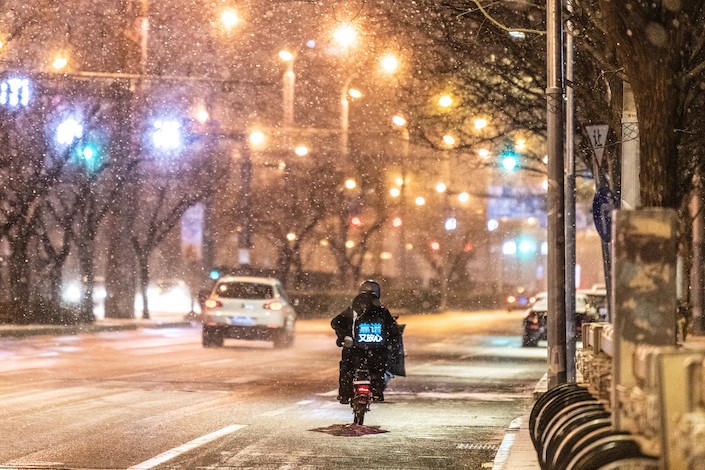 Recent deaths of two Pinduoduo employees put the spotlight on the “996” culture.

A member of China’s political advisory body in Shanghai Friday proposed setting up a system and standard to prevent worker abuse after the recent deaths of two young employees of e-commerce giant Pinduoduo Inc.

The fatalities renewed debate on a culture in China’s internet sector that encourages long hours on the job — the “996” ethic of working 9 a.m. to 9 p.m. six days a week. The often unspoken 996 schedule applies at most Chinese internet companies from Alibaba Group Holding Ltd. to Pinduoduo.

In one of the proposals, Lu said Chinese Labor Law has only limited restrictions on the 996 system, and the definition of working hours is vague. Morning meetings, lunchtime, training time, and some other working hours are not clearly defined under current law, leading to labor disputes and different adjudications in various regions.

On Jan. 10, a young worker from Pinduoduo jumped to his death from a building a day after returning to his hometown in Hunan province. The suicide happened less than two weeks after another young worker at Pinduoduo collapsed in the street and later died. Some say the 996 culture may have contributed to the two deaths.

One day after the Pinduoduo employee’s suicide, a deliveryman from Alibaba-owned online food delivery service Ele.me set himself on fire outside a shop in the East China city of Taizhou over a pay dispute.

The overwork culture among Chinese internet companies spurred an online “anti-996” movement in 2019. Chinese programmers created a website to petition against the work culture. However, the movement didn’t improve Chinese working conditions.

Lu said current Chinese regulations can cover only part of work-related injuries and deaths, and the penalties for violating labor laws are too low, making it difficult to prevent overwork.

Lu suggested that China should learn from some developed countries. Compulsory training time and duty hours should be recognized as paid overtime hours, and work hours should be capped to protect the health of workers, he said.

He also suggested that China establish a system to identify work-related deaths and confirm the attribution of responsibilities through legislation. He said penalties should be increased and linked to local average wages, and the local government should increase the frequency of regular and irregular labor inspections.

According to a survey Lu cited, 43.51% of workers in the new economy sector, such as delivery riders, said that “deduction of income or fines” is the most common dispute with employers. Many delivery platforms set strict claim settlements, and delivery riders suffer from temporarily added compensation barriers. Workers also don’t have access to labor arbitration and labor supervision. Due to the scattered distribution and migration of these workers, it is not easy for labor unions to enroll and help them, Lu said.

Lu suggested that Shanghai should introduce work-related injury insurance and launch trials of occupational injury protection for workers in the new economy sector. He also suggested increasing the coverage of labor unions, establishing labor unions in new industries, and promoting the negotiation of wage and working hours standards.