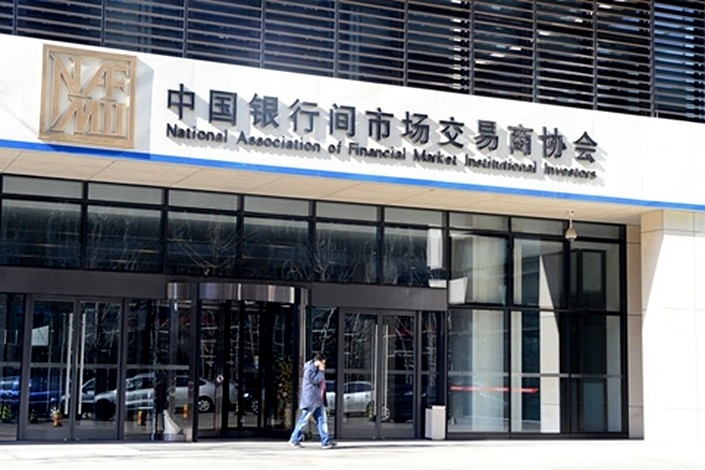 Chinese companies will no longer be asked by the regulator to attest to how risky the companies and some of their interbank bonds are when registering the bonds with the regulator.

Under the changes, Chinese companies will no longer be asked by the regulator to attest to how risky the companies and some of their interbank bonds are when registering the bonds with the regulator.

Credit ratings agencies, which are supposed to serve to fairly evaluate corporate financial health, have long been criticized in China for providing generous scores for issuers and downplaying credit risk in an effort to secure clients.

Effective Monday, mandatory registration requirements of credit ratings for three types of interbank bonds — medium-term notes, as well as short- and super short-term commercial paper — have been removed, the National Association of Financial Market Institutional Investors (NAFMII), a central bank-backed self-regulatory body for the interbank market, said in a notice (link in Chinese).

Companies should still reveal credits ratings during bond issuance as required, it said.

The move, which aims to improve credit ratings quality and weaken issuers’ and investors’ reliance on external ratings, is part of a phased plan to eliminate the credit ratings requirements for both bond registration and issuance, NAFMII said (link in Chinese) in a statement issued Friday.

The loosened requirement marks regulators’ latest bid to revamp credit ratings in China’s bond markets, in response to mounting criticism over whether domestic agency ratings were doing a credible job as an early warning system of risk to investors following a wave of corporate bond defaults by what had been highly rated SOEs.

The new rule will force credit ratings firms to compete for market share by improving their credibility and the quality of credit ratings reports, rather than launching price wars, industry insiders said.

Only by reducing investors’ reliance on external ratings and encouraging them to make investment decisions themselves can ratings inflation be fundamentally cured, by driving the credit ratings industry to critically reflect investor risks, market participants said.

“Since the global financial crisis, reducing the reliance on external ratings has become an international consensus,” however, NAFMII said in the statement. It said that it would further study how to cut the mandatory credit ratings requirement on bond issuance, in effect, forcing the credit ratings industry to reflect more risks for investors.

China’s interbank market holds around 90% of the country’s total onshore bonds by value, while the rest are traded on the country’s two major stock exchanges.

Ahead of the recent default scandals, China’s top securities regulator proposed in August a draft rule to remove the mandatory credit ratings requirement on corporate bond sales in the exchange bond market. This was an attempt to reduce borrowers’ reliance on ratings.

Its final version is expected to be introduced soon, but there remains controversy over the change within the regulator, knowledgeable sources told Caixin.