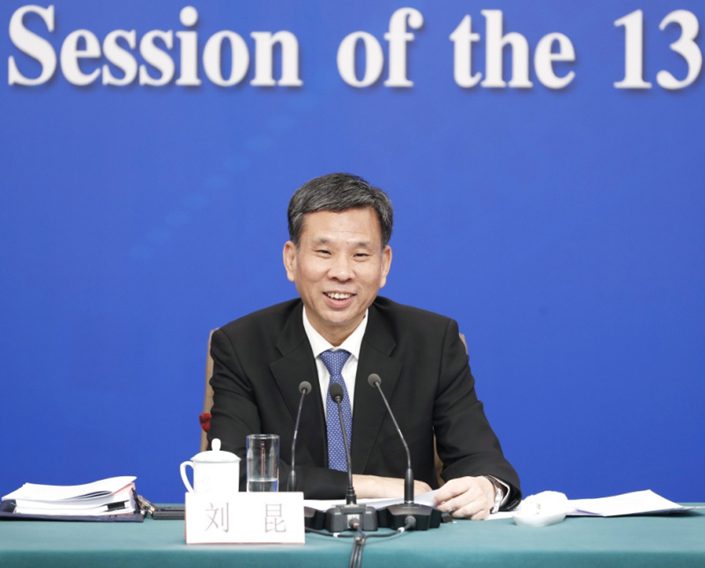 Finance Minister Liu Kun said fiscal policy will be “proactive and more sustainable” this year, as Beijing plans to slowly phase out stimulus and as the economy recovers from the impact of the domestic coronavirus epidemic.

His remarks came as the finance ministry released its 2021 budget report at the annual sessions of the National People’s Congress (NPC) in Beijing on Friday, saying the government is targeting a fiscal deficit for the year of “around 3.2%” of GDP with a deficit projection of about 3.57 trillion yuan ($547.6 billion).

That estimate is lower than “more than 3.6%” last year but slightly higher than analysts’ expectation of around 3%.

The proportion of the deficit allotted to the central government this year will be around 2.75 trillion yuan, while 820 billion yuan will come from local governments, the report said.

In addition, local governments will be allowed to issue 3.65 trillion yuan in special-purpose bonds (SPBs) that are typically used to fund infrastructure and public welfare projects, down from the 3.75 trillion yuan earmarked last year. That quota, which is not included in the budgeted deficit, is more than the 3 trillion yuan to 3.5 trillion yuan that analysts had expected.

“Fiscal policy for this year will remain stable and will have no sharp turns,” Liu said (link in Chinese) at a sidebar to the annual meeting of the NPC, China’s top legislature. He said the government will keep supporting the recovery but also ensure the country has room to deal with risks in future.

Since bringing its domestic coronavirus epidemic under control, China has seen its economy bounce back. Last year, it was the only major economy to report an expansion.

“There are negative implications from the increasing dependence of China’s local governments on debt financing. Once they borrow a lot (as they did last year), it is difficult to borrow less,” economists at Nomura International (Hong Kong) Ltd. wrote in a research note released Friday. They said China’s fiscal targets for this year indicate the pace of policy normalization is quite moderate.