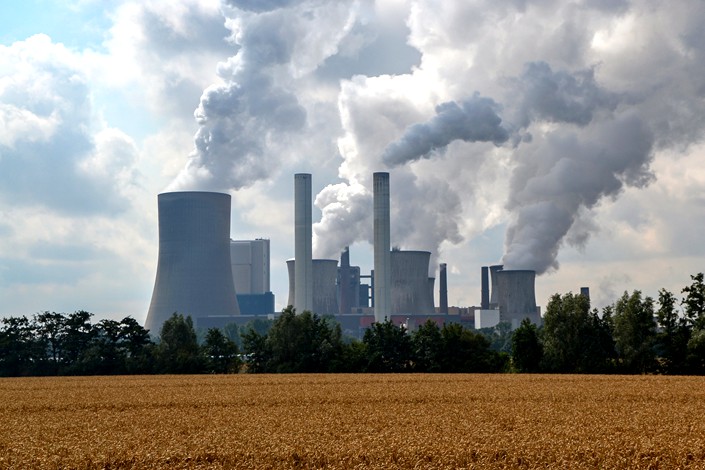 President Xi Jinping reiterated the strategic importance of carbon goals. Steps to realize a greener China remain small, but every step matters. Financial support for renewable projects was pledged, while it was clarified that funds raised through carbon neutrality bonds should be used on green projects only. Better green technology mentioned as a national priority. More details on the carbon trading market came to light.

A round of China-U.S. high-level dialogue was held in Anchorage, Alaska, on March 18 and 19. During the talks, the two sides exchanged views on a series of issues, including the political willingness of both sides to establish a China-U.S. joint working group on climate change — an attempt to strengthen dialogue and cooperation in the field of climate change.

Lu Xinming, deputy director of the Department of Climate Change under the MEE, revealed at the March 18 China Peak Carbon Dioxide Emissions and Carbon Neutrality Achievement Release and Seminar that the MEE will accelerate the construction of the national carbon market and legislative review of the Interim Regulations for Carbon Emissions Trading Management, which is expected to be issued within the year. In addition, the ministry will guarantee the power generation industry’s success in the first compliance cycle and aim to conclude the first online carbon market transaction within the first half of the year. It will also draft and strive to release the National Climate Change Strategy 2035, while continuing to advance the establishment of 28 climate change adaptation pilot cities.

On March 12, the NDRC and four other departments jointly released the Notice on Guiding and Increasing Financial Support to Promote the Healthy and Orderly Development of Wind and PV Power Generation Industries (关于引导加大金融支持力度 促进风电和光伏发电等行业健康有序发展的通知). According to the notice, financial institutions should negotiate with renewable energy enterprises to renew or rollover loans in accordance with commercial principles, prioritize the distribution of subsidies and provide more credit support. For renewable energy enterprises under greater pressure for short-term repayment but with high development prospects, financial institutions may intervene. After considering risk control and evaluating a project’s actual and expected cash flow, banks and enterprises may reach appropriate arrangements for loan renewal, rollover, or an adjustment to the repayment schedule through friendly negotiation.

Ministry of Science and Technology (MOST)

On March 10, MOST Minister Wang Zhigang presided over the First Meeting of the MOST Leading Group of Peak Carbon Dioxide Emissions and Carbon Neutrality. The meeting set three priorities: formulating the Technological Innovation Action Plan for Peak Carbon Dioxide Emissions and Carbon Neutrality, accelerating the drafting of the Carbon Neutrality Roadmap and advancing the launch of the Research on Key Technologies for Carbon Neutrality and Demonstration Project. The leading group headed by Wang also includes Deputy Minister Xu Nanping as deputy chief, with relevant department heads as its other members. It is responsible for making decisions on major matters concerning MOST’s carbon neutrality and technological development and organizing all MOST departments to work in coordination toward peak carbon dioxide emissions and carbon neutrality.

On March 18, the NAFMII published the Notice on Identifying Systems in Relation to Carbon Neutrality Bonds （关于明确碳中和债相关机制的通知）. The notice defines fundraising, project appraisal, information disclosure and incentive mechanisms for carbon neutrality bonds. It also states that funds raised via carbon neutrality bond should be used only for the construction, operation and acquisition of green projects — such as clean energy, clean traffic, sustainable buildings or industrial low-carbon transformation — or the repayment of green projects’ interest-bearing debts. Equity investment projects should comply with the Green Bonds Endorsed Project Catalogue or the international green industry classification standards and focus on low-carbon emissions reduction.

The trading and registration systems were established with the help of Hundsun Technologies Inc. In technical terms, both of the core systems are now ready.

The first compliance cycle, involving 2,225 power generation companies, has already launched; its span is from Jan. 1 to Dec. 31 this year. This marks the first time the state has asked companies to shoulder responsibility for the control of greenhouse gas emissions.

On March 18, the Shanghai Clearing House supported the CDB in issuing special “carbon neutrality” green bonds through its bond connect program. These bonds are open to investors from around the world. Pre-issuance of these green bonds launched on March 12. According to reports, these are China’s first “carbon neutrality” bonds certified by the Climate Bonds Initiative and also the green bonds with the largest market issuance scale to help achieve peak carbon dioxide emissions and carbon neutrality. The funds raised will be used for green projects that reduce carbon emissions, such as wind or photovoltaic power projects. Certified by the third-party certification body Lianhe Equator, all of the projects meet the relevant domestic standards for green bonds and are in line with the international Climate Bonds Standard.

On March 15, State Grid International Leasing Company Ltd. issued China’s first innovative asset securitization product for carbon neutrality: asset-backed commercial paper (ABCP). The funds raised by the ABCP will be used for clean energy projects such as wind power, hydropower, and photovoltaic power. Awarded the highest rating of G-1, the green bonds will produce significant environmental and social benefits. The issuance of these carbon neutrality green bonds signifies active exploration in the green development on the part of State Grid Yingda International Holdings Group Ltd., the financial services arm of State Grid. The bonds are issued and managed by State Grid-backed Yingda International Trust Co. Ltd. and co-underwritten by Bank of Shanghai, Bank of Nanjing and Bank of China.

On March 16, Shunchang State-Owned Forest Farm signed a forestry carbon sink pledge loan and forward repurchase agreement with the Nanping branch of Industrial Bank Co. Ltd. The forest farm can obtain a loan of 20 million yuan ($304,600) through the “carbon sink loan.” This is the country’s first repurchase financing project with a long-term carbon sink product as its subject. The “carbon sink loan” explores the use of a repurchase model for environmental rights and interests, particularly as a financing tool to resolve banks’ risk of collateral disposal. Supported by Haixia Equity Exchange and Industrial Bank, the project’s financing model combines “pledge with repurchase” (pledge financing loans for forestry carbon sinks and repurchasing agreements for long-term carbon sinks) and broadens green financing channels for forest farms, providing new ways to realize ecological products’ value.

Liu Zhenya released an article discussing solutions for achieving peak carbon dioxide emissions and carbon neutrality. Liu is chairman of the Global Energy Interconnection Development and Cooperation Organization and president of China Electricity Council. The article suggested four focal points (“two controls and two developments”) for the process of emissions reduction: first, controlling coal consumption by the coal power industry and its end-users; second, controlling the growth of oil and gas consumption; third, intensifying clean energy development; fourth, intensifying development in energy efficiency. In addition, efforts should promote carbon neutrality on the basis of reaching the carbon emissions peak. The key is to accelerate the replacement of fossil energy consumption stores with clean energy. Liu believes that achieving peak emissions and carbon neutrality is an extremely challenging systematic project. It covers many fields — from energy, to economy, to society and climate and environment —and touches on many levels of society across the government, enterprises and public sphere. Thus, the project should draw on the wisdom and strength of all society to advance progress in accordance with new concepts of development.

On March 9, the Board of Directors of the Asian Development Bank (ADB) examined and approved ADB’s Country Partnership Strategy for China for 2021-2025, mapping out ADB’s ongoing support for China’s high-quality and green development. The ADB proposes lending commitments totaling $7–7.5 billion for China’s sovereign operations over the 2021-2025 period and approximately $2.25 billion for nonsovereign operations. ADB’s loans to China will focus on three areas of cooperation — environmentally sustainable development, climate change adaptation/mitigation and health security in an aging society — to support China’s institutional mechanism reform, to facilitate the provision of regional and global public goods and to promote the sharing of knowledge.