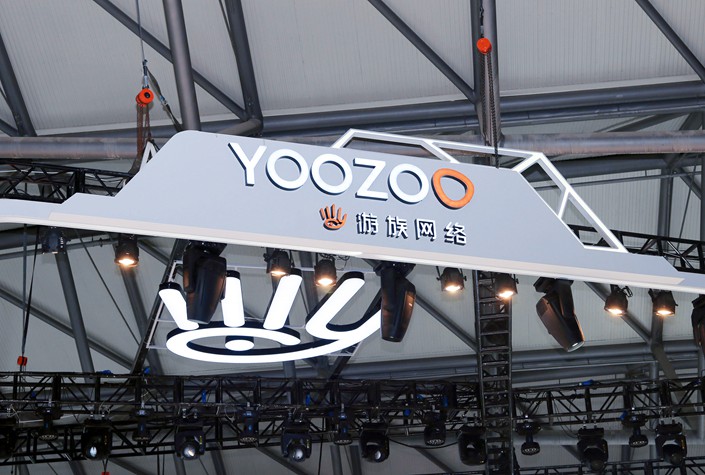 Shares of Yoozoo Games Co. Ltd. (002174.SZ), whose founder was poisoned to death late last year in a case that riveted China, shot up by their daily limit on Friday on a report that it might sell a major stake in itself to online video highflyer Bilibili Inc.

The development comes as Yoozoo is reportedly struggling for direction following the Christmas Day death of founder Lin Qi, whose poisoning allegedly came at the hands of a colleague fascinated with the hit U.S. TV drama “Breaking Bad.” Both Yoozoo and Bilibili denied the Reuters report, following a typical pattern for Chinese companies that rarely confirm when such talks are happening.

Citing two unnamed sources familiar with the situation, Reuters reported a day earlier that the ongoing discussions could see Bilibili acquire about 24% of Yoozoo’s shares in a deal valued at nearly 5 billion yuan ($764 million). The sources said Yoozoo’s current Chairman Xu Fenfen was handling the talks, after receiving a term sheet detailing the offer from Bilibili last month.

“As of this announcement, the above media report is inconsistent with the truth and the company currently has no undisclosed information that should be disclosed,” Yoozoo said in a brief Friday statement to the Shenzhen Stock Exchange. Bilibili’s own brief statement said terms in the Reuters report were “inconsistent with the truth,” without expressly denying that any talks were in progress

Yoozoo’s shares shot up by the 10% daily limit in Friday trade, giving the company a market value of about 14 billion yuan. That would make the 24% of the company reportedly being sought by Bilibili worth about 3.36 billion yuan, or significantly less than the reported 5 billion yuan price tag reported in the Reuters story.

Both Yoozoo and Bilibili are based in China’s commercial hub of Shanghai. Despite its money-losing status, including an 844 million yuan loss in last year’s fourth quarter, Bilibili is currently flush with cash after making a secondary listing in Hong Kong last week that netted it $2.6 billion. That more than doubled the company’s $2 billion in cash it reported having at the end of last year.

Bilibili shares rose 2.3% in Thursday trade in New York after the Reuters report came out. But they lost about 0.6% during Friday trade in Hong Kong. With a market value of more than $40 billion, Bilibili is nearly 20 times bigger than Yoozoo. But while Bilibili is still losing money, Yoozoo is profitable.

Bilibili has attracted attention for its growth potential, but Yoozoo grabbed headlines late last year after Shanghai police first confirmed Lin’s poisoning. He later died on Christmas Day, with gaming industry sources naming senior company executive Xu Yao as the main suspect, even though police would only confirm the suspect was named Xu.

On Dec. 15 Lin was taken to a Shanghai hospital, which determined he had been poisoned by tetrodotoxin, a neurotoxin most often associated with pufferfish, a Japanese delicacy known for its potential deadliness if the toxin isn’t cleaned out before consumption, sources previously told Caixin. Lin was given a massive blood transfusion that seemed to stabilize his condition, but ultimately died of heart and lung failure stemming from separate mercury poisoning.

Following his death, a stream of details came out about Xu from sources familiar with the case, depicting him as a France- and U.S.-educated lawyer who had become obsessed with “Breaking Bad,” a series centered on a former teacher-turned-drug kingpin, and set up his own poison manufacturing lab in Shanghai’s Qingpu district.

Before the poisoning, Yoozoo was already known for its ownership of the film rights to the wildly popular “Three-Body Problem” science fiction trilogy. That particular project had experienced repeated delays, prompting Lin to task Xu in 2018 with heading the production company that was officially overseeing it.

Sources told Caixin that while Lin appreciated Xu’s legal skill and expertise, he began to feel the lawyer was less suited to involvement with production of the actual films and was planning to give that responsibility to another person around the time of the poisoning.