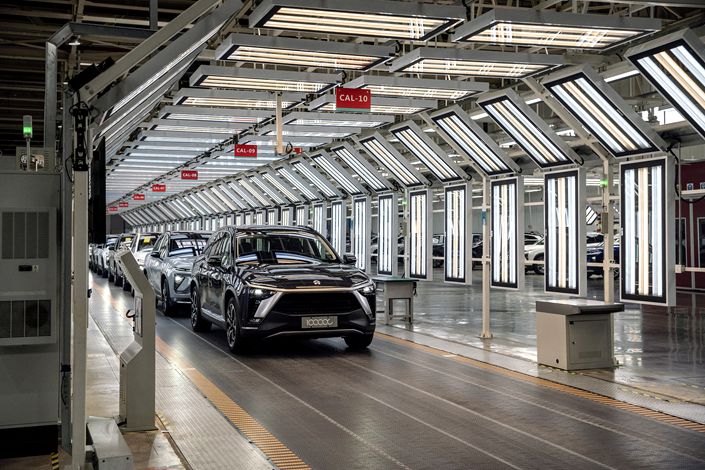 Chinese electric-vehicle maker Nio shrank its loss for the first quarter of this year as its notched strong gains in deliveries despite a global shortage of microchips.

In the three months through March, the New York-listed Tesla challenger narrowed its net loss by 73% year-on-year to 451 million yuan ($69 million), according to its latest earnings report released on Thursday.

Its quarterly revenue totaled 8 billion yuan, representing a year-on-year increase of 481%, nearly 93% of which came from vehicle sales. In the quarter, Nio delivered 20,060 electric cars, compared with 3,838 vehicles in the same period of last year, according to the financial report.

“The overall demand for our products continues to be quite strong, but the supply chain is still facing significant challenges due to the semiconductor shortage, Nio’s CEO William Li said. In late March, Nio halted production at a Chinese plant for five days due to a lack of microchips.

Nio predicted that it will deliver 21,000 to 22,000 electric vehicles in the second quarter with quarterly revenue likely to reach between 8.1 billion yuan and 8.5 billion yuan as it plans to expand into overseas markets and add production capacity on the back of strong demand.

Recently, Nio co-founder and President Qin Lihong told Caixin that the company had built a team to mastermind its expansion into the European market, where authorities impose higher industry standards for crash protection and data privacy. Construction of a flagship store on the continent was also underway, Qin added.

The revelations came after Nio’s domestic competitor Xpeng began exporting its first batch of 100 G3 electric SUVs to Norway in December in a landmark step toward becoming a global car brand.