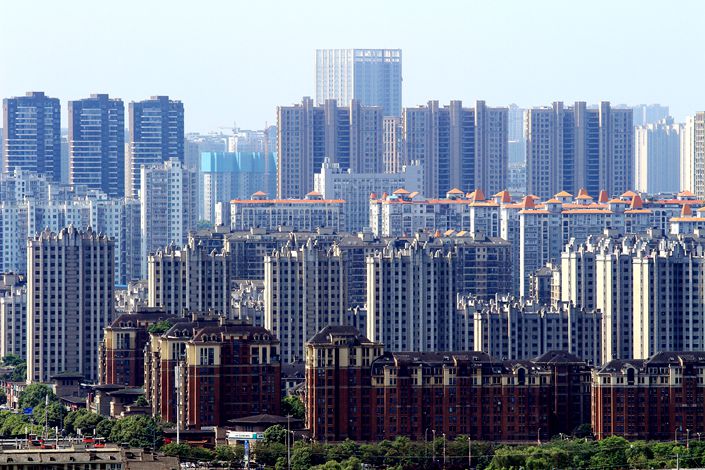 China does not have a national property tax levied on property ownership, which could generate billions of yuan in revenue for local governments. Photo: VCG

China has sent a clear signal about its plans to push forward with a long-awaited property tax, as equally long-standing concerns about market speculation come to the fore again amid price increases and local governments seek more revenue sources.

On Tuesday, officials from the Ministry of Finance, the Ministry of Housing and Urban-Rural Development, the State Taxation Administration, and the national legislature’s budgetary affairs commission held a seminar to solicit opinions from experts and local government officials on piloting property tax reform, an official statement said (link in Chinese).

The seminar is a sign that work on the new property tax is accelerating, fiscal and tax experts told Caixin.

Liu Jianwen, a law professor at Peking University, said that the government won’t pilot the property tax before the relevant law is passed, due to the principle that new taxes should be introduced only after laws governing them are enacted

Others hold different views. It is likely that a pilot program will be launched in a few cities this year, as it will take a long time to finalize the legislation, said Shi Zhengwen, a professor specializing in tax law at the China University of Political Science and Law. He also said that the top legislature can authorize the State Council, China’s cabinet, to carry out a pilot program.

Conducting a pilot program can help accelerate the legislation by addressing problems that may occur after the new tax is officially launched, Shi said.

It appears the authorities intend to launch a pilot before issuing the relevant law as the legislative process has encountered some difficulties, said Liu Yi, a Peking University professor specializing in fiscal policies.

The finance ministry will probably take the lead in designing the pilot program, while the top legislature’s budgetary affairs commission will lead the legislation, Shi said.

China does not have a national property tax levied on property ownership, which could generate billions of yuan in revenue for local governments. Instead, the country levies national taxes during construction and transfer of properties.

Debate on introducing such a tax has raged for years. Some analysts have said it would discourage property speculation as well as provide local governments with a stable source of revenue, encouraging them (link in Chinese) to improve public services.

But the idea has been met with suspicion from some local officials, who worry the new tax would cause property values to fall and hurt demand for land. Land sales are a major source of local government revenue.

The recent seminar comes just weeks after Wang Jianfan, director of the tax policy department of the finance ministry, said that the authorities will actively and steadily promote property tax legislation and reform.

Concerns about rising housing prices have come to the fore again this year. In March, 62 of the 70 surveyed large and midsize cities reported month-on-month price rises in new residential properties, the most since June 2019, data from the National Bureau of Statistics show.

In recent months, Beijing has worked to cool the market by cracking down on illicit borrowing for down payments, overhauling how local governments sell land, and clamping down on speculation in the “school district” housing market.