By Matthew Walsh and Yuan Ruiyang 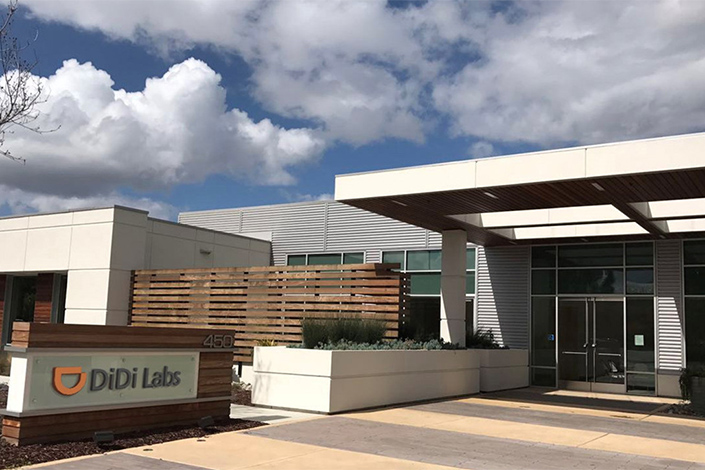 Didi has said it is complying with the regulatory probe and will strive to rectify any problems. Photo: Didiglobal.com

Didi Global Inc. has been accused of misleading investors in two class action lawsuits in the U.S., with one arguing that the ride-hailing giant did not disclose a warning from China’s internet regulator to delay its New York IPO until it had reviewed its network security.

The claim, which if proven could put the Chinese firm in breach of U.S. IPO disclosure rules, further complicates the impact of Beijing’s national security crackdown on Didi’s domestically dominant ride-hailing app, Didi Chuxing. Company representatives did not respond to multiple Caixin requests for comment Wednesday.

The lawsuit filed by Glancy Prongay and Murray LLP also argues that Didi misled investors by not disclosing that its platform was collecting personal data in breach of Chinese laws and regulations before listing last week. It follows the submission of a similar class action suit earlier on Tuesday by Rosen Law Firm.

Both suits contend that Didi’s statements about its business, operations and prospects prior to its IPO last week were therefore “materially false and misleading” and caused those who invested in its securities to lose money.

Investors initially welcomed Didi’s flotation Wednesday, with tech titan’s shares closing 1% higher on their first trading day after the company raised $4.4 billion in what was the second-largest IPO in the U.S. by a Chinese company.

But the firm’s fortunes took a turn after the Cyberspace Administration of China (CAC) said Friday that it had launched a security review of the company’s popular ride-hailing platform and then ordered app stores to take down the program on Sunday.

The move was compounded on Tuesday when the State Council, China’s cabinet, issued a stark warning to the country’s largest companies, pledging to tighten oversight of data security and overseas listings.

The events triggered a mass selloff of Didi’s shares when the U.S. markets opened later on Tuesday, the first trading day after the Independence Day holiday, with the firm’s equities plummeting by 19.58% to $12.49, well below their $14 IPO price.

Didi has said it is complying with the regulatory probe and will strive to rectify any problems. The company has also said it expects that the takedown of its app “may have an adverse impact on its revenue in China.”

A number of other law firms have said they are investigating claims by those who lost money after investing in Didi and two other Chinese companies that recently listed in the U.S., Full Truck Alliance Co. Ltd. and Kanzhun Ltd.

Shares of both of the latter firms also tumbled Tuesday after the CAC said in a brief statement on Monday that it had ordered Kanzhun’s online recruitment platform Boss Zhipin and Full Truck Alliance’s truck-booking apps Yunmanman and Huochebang to stop registering new users as part of near-identical probes into data security.

Kanzhun’s Nasdaq-listed stocks plunged by 15.95% to $30.52, while Full Truck Alliance’s New York-listed shares declined by 6.68% to $17.75. Both companies have said they are cooperating with the investigations. Neither replied to requests for comment by Caixin prior to publication.