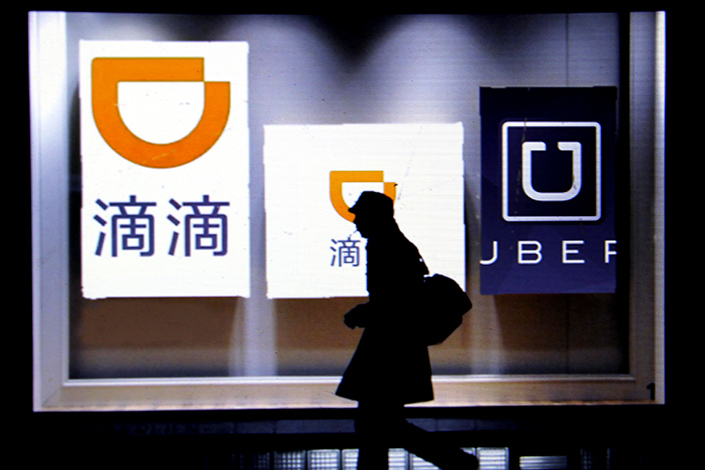 No bell-ringing ceremony or executive speech took place at the New York Stock Exchange on the June 30 debut. Employees heard the news only several hours after the stock started trading and were told not to discuss the IPO publicly on social media. Didi founder Cheng Wei asked shareholders not to talk to media, an underwriter of Didi’s IPO told Caixin.

The ride-hailing giant’s quiet overseas share sale was followed by a devastating regulatory backlash, raising questions about whether the company received a nod from the domestic authorities in advance.

The draft changes to the Measures for Cybersecurity Review (link in Chinese) were revealed Saturday by the Cyberspace Administration of China (CAC) and are open for public comment until July 25.

Dagong Global Credit Rating Co. Ltd., one of China’s largest debt ratings agencies, has been ordered to rectify its operations after allegedly failing to adequately scrutinize or inspect the businesses it was evaluating, earning its second official sanction in a month.

The Beijing-based company had not conducted the necessary analysis of the major factors impacting solvency of some debt issuers and failed to carry out onsite inspections or interviews in accordance with the regulations when evaluating credit risks, according to a statement (link in Chinese) released Friday by the local branch of the China Securities Regulatory Commission (CSRC).

The company was also found to have adjusted its ratings models without giving sufficient reasons, it said.

Credit Suisse named Janice Hu as its China chief executive as the Swiss bank steps up expansion in the world’s second-largest economy.

Property developer Beijing Capital Land Ltd. is seeking to delist from the Hong Kong bourse after 18 years and be absorbed by its controlling stakeholder after low share prices and sluggish trading hamstrung its ability to raise funds from the equity market.

China is embarking on a building spree for battery swapping centers, as Beijing pushes electric-vehicle (EV) makers and others in the sector to build out infrastructure to support its aggressive drive into clean vehicles

The nation’s network of such battery swapping centers numbered 716 at the end of June, nearly three times the total at the end of last year, according to recently released data from the China Electric Vehicle Charging Infrastructure Promotion Alliance.