By Zhang Erchi and Luo Meihan 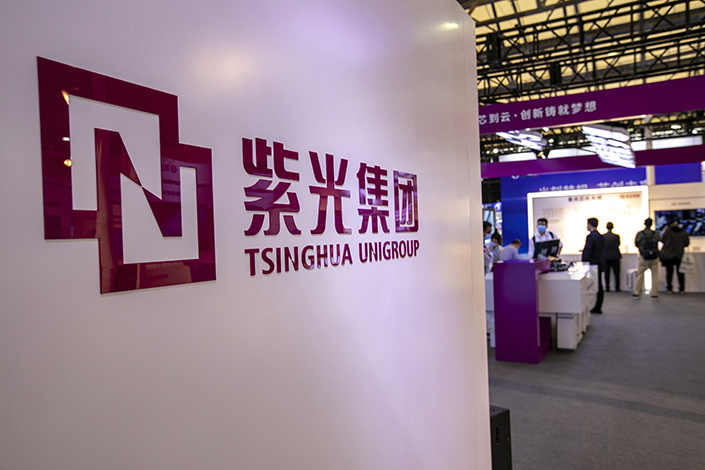 In May, the Tsinghua Unigroup-backed Unisoc for the first time climbed into the top five vendors in China’s smartphone system-on-a-chip market. Photo: VCG

Chinese chipmaker Unisoc said its revenue more than tripled in the first half after inking an agreement to supply former Huawei phone brand Honor, even as its once high-flying, but now debt-laden parent Tsinghua Unigroup Co. Ltd. faces a court-led restructuring.

Revenue jumped 240% year-on-year, with sales of Unisoc’s consumer electronics division surging 233%, fueled by a fifteenfold increase in shipments of its 5G mobile phone chips and a 364% rise of smartphone chips, according to an announcement (link in Chinese) released Thursday. The unlisted company did not reveal specific figures for revenue or profit.

The revenue growth is partly attributed to surging sales in budget smartphones made by Huawei Technologies Co. Ltd.’s former low-end Honor brand using chips developed by Unisoc, most notably during the “6.18” online sales event last month, according to Unisoc.

Huawei in November agreed to sell all of Honor’s business assets for an undisclosed amount to Shenzhen Zhixin New Information Technology Co. Ltd. The sale came as the telecom giant struggled with U.S. sanctions that cut off its supplies of advanced semiconductors.

In May, Unisoc for the first time climbed into the top five vendors in China’s domestic smartphone system-on-a-chip market, with total shipments of 800,000 units, a year-on-year increase of over 60 times, according to a report (link in Chinese) released by consultancy CINNO Research.

Nevertheless, it remains a small player compared with Taiwan-based semiconductor manufacturer MediaTek Inc., the top supplier with shipments of 8.7 million units, and U.S. chipmaking giant Qualcomm Inc., whose shipments stand at 7.7 million units, according to the report.

China has vowed to boost domestic development and production of high-tech products such as chips and cut reliance on imports amid mounting economic tensions with the U.S., planning to almost double spending on basic research to about 280 billion yuan ($43.1 billion) over the next five years.

Tsinghua Unigroup once stood at the vanguard of China’s hopes of developing a home-grown semiconductor industry. Since 2013, it has embarked on a steady stream of acquisitions and investments to diversify the business, but failed to generate income quickly in an industry characterized by big initial investments and long payback periods.

Beijing-based Tsinghua Unigroup, 51% owned by China’s prestigious Tsinghua University, has missed payments on several bonds since last year. To repay the debt, the company has undertaken a series of asset sales.

Tsinghua Unigroup said on July 9 that its creditor Huishang Bank Co. Ltd. had filed a petition seeking a court-led reorganization of the state-owned chip conglomerate, citing unpaid debts and insufficient assets, though it is unclear whether the court will approve the restructuring. Tsinghua Unigroup, the largest shareholder, holds a 35.23% stake in Unisoc.

Tsinghua Unigroup has not directly participated in business operations, decision-making, or management of Unisoc since 2019, and the bankruptcy petition has not yet had “a direct impact” on Unisoc’s operations, the chipmaker said in a statement (link in Chinese) released the same day.

Unisoc was valued at about 60 billion yuan in the fundraising round, and plans to list on Shanghai’s tech-focused STAR market, a person familiar with the deal told Caixin.

A source specializing in pre-IPO investment has told Caixin he felt Unisoc’s valuation was too high.