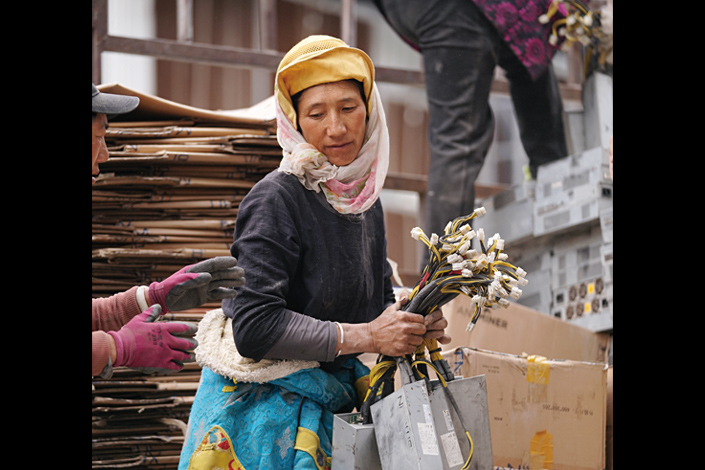 Caixin Global strives to bring you insightful news and analysis on key economic and financial developments in China, both in our daily stories and in-depth features. This year has been no exception, with reports on a slew of government efforts to tackle “too-big-to-fail” risks arising from reckless expansion of traditional financial institutions and rising fintech giants. We’ve also extensively covered Beijing’s intensifying cryptocurrency crackdown, which has sent tremors through the crypto world.

On the economy, “common prosperity” has become the latest buzzword that reflects the vision of top policymakers about the next stage of development for the world’s second-biggest economy. Meanwhile, China’s launch of the world’s largest carbon market as part of its low-carbon transition efforts has also drawn global attention.

Below are the in-depth articles you shouldn’t miss covering five hot-button issues from this year on the economy and finance in China.

In Depth: The Rectification and Remaking of Ant Group (first published April 27, 2021)

Although the worst-case scenario of a breakup has been avoided, Jack Ma’s fintech behemoth has been forced to undergo a major restructuring

Five Things to Know About How China Is Tackling ‘Too-Big-to-Fail’ (first published July 21, 2021)

As the scandal-plagued bad-asset manager reports $15.9 billion of red ink for 2020, it may have to raise almost that much from investors and asset sales

The undeveloped plot of land bought by the state-owned bad-asset manager is now worth about one-third what it paid, underscoring its woeful history of bribery-fueled investments

China’s 1.4 billion people are already top buyers of cars and smartphones, but they will have to start spending a lot more on services for the country to be No. 1