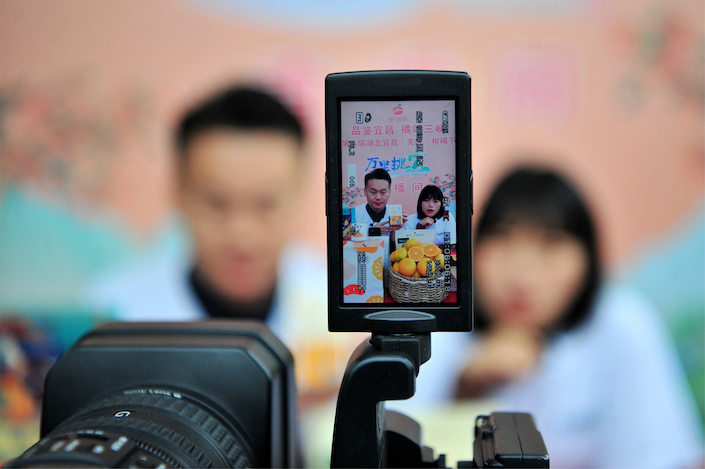 In remarks before a study session on the digital economy of the Politburo of the Communist Party’s Central Committee, Xi vowed to correct practices that harm the interests of consumers and hinder fair competition, to prevent monopoly of platforms and disorderly capital expansion, to protect platform workers’ and consumers’ rights and interests and to strengthen tax supervision and inspection.

China’s digital economy grew to 39.2 trillion yuan ($6.07 trillion) in 2020, accounting for 38.6% of the country's total GDP and up 9.7% year-on-year, according to an April white paper published by the state-backed China Academy of Information and Communications Technology. Beijing is speeding up efforts to expand the digital economy under the 14th Five-Year Plan, setting higher GDP contribution targets for digital industries.

China’s internet platforms need to do more to comply with regulators’ demands for changes ordered amid a wide-ranging campaign that started last year to tighten oversight of their financial businesses, the head of the country’s banking watchdog said.

“Financial regulators have raised more than a thousand questions during the regulatory moves targeting 14 internet platforms, and most of the questions have received responses (from those firms),” Guo Shuqing, chairman of the China Banking and Insurance Regulatory Commission (CBIRC), said. “About a half of the responses have led to actions, and more substantial progress will be made by the end of this year.”

Guo’s comments, in an interview (link in Chinese) with the official Xinhua News Agency published Tuesday, indicate that the internet and technology companies will announce more measures to restructure their financial services to address concerns that their activities could pose risks to the financial system and have also led to unfair competition.

China’s top economic planner is reviewing potential interventions in the coal market as central government departments and local authorities roll out measures to tamp down high prices that are threatening energy security and economic growth.

At a meeting of major coal producers, the China National Coal Association and the China Electricity Council, on Tuesday, the National Development and Reform Commission (NDRC) said it is reviewing measures to intervene in prices and has “zero tolerance” for those spreading false information or engaging in market collusion.

Shanghai will support companies official document in the green industry to sell shares and trade in domestic and overseas markets as part of its plan to become an international green finance hub over the next few years, an official document (link in Chinese) published Tuesday said.

Included in the list of measures are plans for Shanghai to support innovation in carbon emission allowance-based derivatives, assist companies investing in green industries to move to the city, and encourage financial institutions to develop more financial products that take into account environmental, social and governance factors.

Wang Yonghong, a former director of the technology department at the People’s Bank of China (PBOC), is under investigation for alleged “serious violations of (Communist Party) discipline and laws,” a standard euphemism for corruption, China’s top graft-buster said Wednesday (link in Chinese).

Wang, 54, joined the PBOC in 1989 and served as director of its technology department from 2009 to 2016. He later worked for the central bank-owned China National Clearing Center, Rural Credit Banks Funds Clearing Center Co. Ltd., and state-owned Huida Asset Management.

Fisher: China’s bear market isn’t a crisis — it is an opportunity

China’s cyberspace regulator launched a crackdown on vendors giving children illegal access to online video game accounts in an apparent indication of the difficulties it has encountered enforcing strict new rules limiting minors to three hours of gaming per week.

It pledged to strictly implement the real-name registration system by targeting online vendors that sell or lend accounts to minors, the Cyberspace Administration of China (CAC) said in a Tuesday notice (link in Chinese), as part of a broader crackdown on online activities that includes more strict oversight of accounts that “spread misleading information” or that “stir up the emotions of internet users.”

The ongoing global supply chain crisis triggered by the Covid-19 pandemic is not likely to ease any time soon, according to an executive at China’s largest container carrier, as increased shipments from China ahead of year-end holidays have caused bottlenecks at ports.

The acceptance will allow Zhuhai Wanda Commercial Management Group Co. Ltd. to submit its listing application to the Hong Kong exchange. The company still needs to satisfy the China Securities Regulatory Commission’s inquiries to get the final go-ahead before it attends a listing hearing with the Hong Kong Stock Exchange, the final step toward a debut.

The lack of clear regulations for the use of air taxis in China has not fazed investors in HT Aero, an Xpeng-backed Chinese startup that develops electric vertical take-off and landing (eVTOL) vehicles, which poured more than $500 million into the company in a series A funding round.

Proceeds from the round, led by IDG Capital, 5Y Capital and Tesla wannabe Xpeng Inc., will be used to obtain an airworthiness certificate from regulators, boost research and development capabilities and recruit top talent, HT Aero founder and President Zhao Deli said in a statement Tuesday. Several other investors also participated in the round, including Sequoia China, Eastern Bell Capital, GGV Capital, GL Ventures and Yunfeng Capital.

Xiaomi aims to begin mass production of electric vehicles in 2024