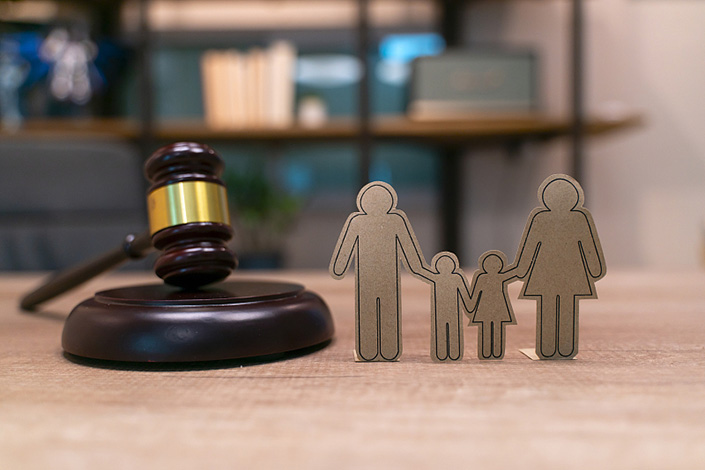 China’s top lawmakers are deliberating on final revisions to a law that would see parents reprimanded or receive guidance on family education if their underage children are found to have “very bad” behavior or commit crimes.

The draft law on family education promotion also requires parents or other guardians to allocate time for minors to study, rest, play and exercise to avoid increasing their academic burden while preventing them from getting addicted to the internet.

The new draft was summitted Tuesday to the ongoing session of the Standing Committee of the 13th National People’s Congress (NPC) for a third round of review. It’s common for drafts to go through three reviews before being passed by China’s top legislature.

Zang Tiewei, spokesperson for the Legislative Affairs Commission of the NPC Standing Committee, said at a Monday press conference that the lack of, or improper, family education is a main reason for teenagers’ misbehavior.

The draft came after the launch earlier this year of sweeping reforms to crack down on the private tutoring industry, online gaming industry as well as celebrities and fandom culture, all of which have been seen as harmful to minors’ development.

In August, China limited the amount of time children can play video games to three hours a week, in order to curb game addiction among them. A month earlier, the country banned any tutoring for school subjects during weekends or national holidays.

The revised draft aims to solve the problems facing minors, including the burdens of excessive homework and after-school tutoring, as well as lack of proper family education for left-behind and “difficult” children, according to People’s Court Daily, a daily newspaper run by the Supreme People’s Court.

To reduce the two burdens on minor students, the revised draft also urges governments at or above the county level to take measures to establish communication channels between schools and families and promote linkages between school education and family education.

Zang said the revisions would help further clarify the roles and responsibilities of the family in the education of children.

In the latest draft, whose full text hasn’t been disclosed, “family education” refers to the cultivation, guidance and influence (link in Chinese) of parents or other guardians on minors’ moral quality, physical quality, life skills, cultural sense and behavior, according to a report published on the NPC website.

The draft requires parents or other guardians to guide minors to develop a wide range of interests and hobbies, enhancing the spirit of scientific exploration and the sense of innovation, the report said.

Responding to the problems faced by left-behind children and those in difficulty, the draft stipulates that local governments should provide living assistance as well as support for their families to start a business or find a job, in order to create conditions for their guardians to carry out family education.

It also adds provisions to link the law with other legislation on protection of minors and domestic violence to prevent parents from using incorrect education methods that involve abuse, and violate their rights and interests.

Members of the NPC’s Standing Committee have suggested the draft be adopted (link in Chinese) at the meeting, saying it’s already comprehensive and mature, and most of its stipulations are feasible.